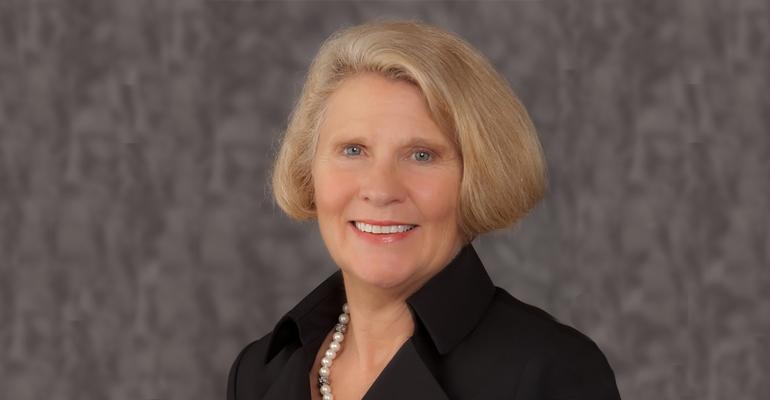 After two years in retirement, Cynthia Hewitt is back in the business.
News>People

Female Advisor, 69, Comes Out of Retirement to Join Snowden Lane

Cynthia Hewitt shares her story of struggling as one of the only female advisors in the industry in the 1970s, and what prompted her to return after two years in retirement.

Cynthia Hewitt, who left Merrill Lynch in 2018 after 42 years as a top advisor, recently came out of retirement to join Snowden Lane, a registered investment advisor with over $6 billion in assets under management, as senior partner and managing director.

The Wilmington, Del.–based advisor had a successful career at Merrill, building up a book of business of about $1.4 billion in assets and over $7.5 million in annual revenue by the time she stepped away from the firm. And while she’s currently speaking to some former clients, she’s primarily looking to build relationships with new clients in her role at Snowden Lane.

“I feel like I'm starting over again but from a place of experience, and I'm looking forward to that,” Hewitt said in an interview with WealthManagement.com.

Her decision to come back into the industry was prompted by a course she took at the University of Delaware, which offers a free master’s degree program for people over 60. Her professor asked her to teach a section about investing in the markets. “That just made me realize all the more that I missed that part of the business, the teaching, the talking about the markets,” she said.

When Hewitt first started in 1976, there were few initiatives to bring women into the industry—no conferences, mentorship programs or advocacy groups.

In fact, she got the job only after Merrill Lynch was required to hire a more diverse workforce in the wake of a lawsuit filed by a group of employees over the firm's treatment of women and minorities.

In her region, Hewitt was the only female advisor.

But she lucked out getting hired by a manager who—she says—was gender blind.

“It was such a male-dominated field, but he had two young daughters, and of course he wanted to see me succeed. If I had had a different manager, I'm not sure I would have stayed in the business because it was just tough. But I just put my head down and started working hard,” she said.

She started building her book the old-fashioned way—by cold calling. But she found that the investing public was, in fact, more open to working with women than Wall Street. It took her about two to three years to build her book up to where she became known in the community and got referrals.

And there were naysayers along the way. One of her trainers at Merrill Lynch, for instance, had doubts about women being fit for the industry. Hewitt said their comments just motivated her even more to prove them wrong.

“It lit a fire under me along the lines of, ‘Don't tell me I can't do this. Just watch me,’ kind of thing," she said. "And I had to have that attitude to be able to hang in there in the early years. But fortunately inside the company and outside of the company, there were enough people, enough men really, who were open to having women succeed in the business.”

She also tried not to worry much about what the firm or other advisors were doing; she kept to herself, and focused primarily on her client relationships.

“In our business, you may work for a firm or you will work for firms, but ultimately you're employed by your clients, period. End of story,” she said.

When Hewitt retired in 2018, she was disappointed to see that the percentage of women in the industry was still disproportionately low; despite mentorship programs, outreach and numerous resources put toward balancing the numbers, women today make up only some 18% of the industry, according to Cerulli Associates research.

“I remember the manager who hired me used to tell me, ‘This is the greatest business in the world, Cynthia, every day, the curtain rises, and it's a new play.’" Hewitt said. "And it's so true; it's never the same and you're always dealing with some new events either in the world or within the market. It's such an interesting business.”