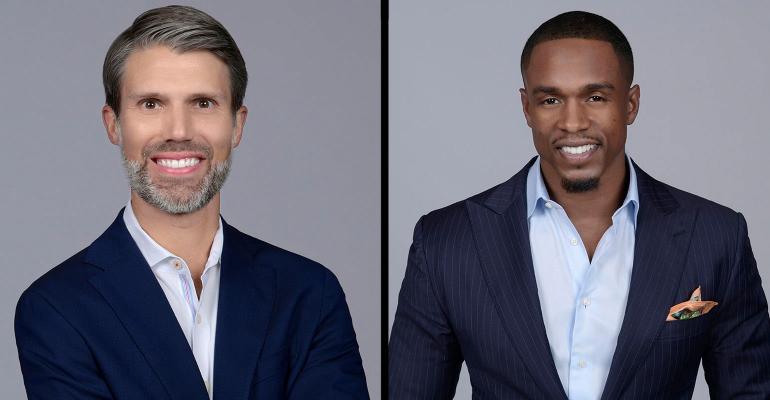 Eaglebrook Advisors, which recently landed $20M in funding, has added Roderick Chisholm and Bilal Little to its leadership team.

The new hires will “perfectly complement” Eaglebrook’s existing leadership, said Christopher King, the firm’s founder and CEO. Chisholm will leverage his experience at Goldman Sachs to help lock in new RIA and institutional client deals and strategic partnerships, according to King. Chisholm will also provide fresh insights for Eaglebrook’s research and investment strategies.

Little has more than 15 years of experience in digital asset investment and management. He called the crypto space the “most exciting and progressive aspect of asset management” and indicated that Eaglebrook’s focus on digital assets was what drew him to the firm.

“Eaglebrook is really hitting its stride,” said Ric Edelman, founder of the Digital Assets Council of Financial Professionals and an investor in crypto custodian Choice, a partner to Fidelity Investments' Fidelity Digital Assets.

Rising demand for digital asset infrastructure from advisors is fueling the firm’s expansion, he added. “The fact that two rising Wall Street executives chose to leave the traditional financial services industry speaks volumes—both about Eaglebrook and the growing wealth creation potential of crypto.”

Earlier this year, Eaglebrook secured $20 million in a Series A funding round led by Castle Island Ventures and Brewer Lane Ventures. The new capital, which brought the tally of outside funding to $22 million, is intended for technological and product improvements.

The new hires at Eaglebrook, which has more than 500 advisors using its platform and more than $100 million in assets under management, come even as competitor Onramp Invest had to lay off employees following a sudden change in leadership at the firm. Onramp also trails Eaglebrook in investor interest. Onramp has just $7 million in announced outside funding to date.

Meanwhile, Eaglebrook has working agreements with firms like Dynasty Financial Partners, Mariner Wealth Advisors and Halbert Hargrove Global Advisors. Dynasty alone has more than $60 billion in assets on its platform and $30 billion on its turnkey asset management platform. It filed to go public in January.

Hiring at Eaglebrook will continue as the year progresses. The firm is currently advertising openings for engineering and administrative roles, as well as a full-time chief compliance officer.