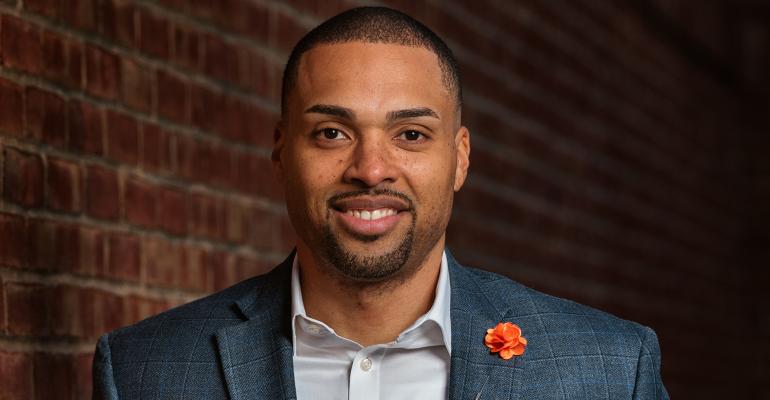 Tyrone Ross Jr. is leaving his role as chief executive officer of Onramp Invest, the cryptocurrency portfolio aggregation platform for financial advisors, effective immediately, according to a letter sent to clients from the company and an open letter published on Medium by Ross.

Onramp co-founder Eric Ervin, the CEO of blockchain investment firm Blockforce Capital and the former head of Reality Shares ETFs, will be taking over leadership responsibilities at the crypto education and access provider.

Ross’s tenure at Onramp lasted 19 months, and saw the startup raise $7 million in funding and form partnerships with firms like Advyzon, Riskalyze and Ritholtz Wealth Management, which is also an investor in the firm.

“This is not the way I saw it ending and change isn’t easy, but it’s always necessary,” Ross wrote in an open letter noting his departure from the firm. “I wish Eric [Ervin] and the team continued success as they push forward in this emerging space. I believe undoubtedly that Onramp will remain the industry leader for cryptoasset education and access for RIAs.”

Ross remains a fiery advocate of crypto investing and his enthusiasm earned him a spot on WealthManagement.com’s 2019 Ten to Watch list. “If it means I take arrows in the back because people think I’m nuts, or I could possibly lose my job because I’m talking about cryptos, I’m willing to do that, because I’m certain this is the future of financial services,” he said in an interview three years ago.

Just months later he became the public face of Onramp.

Ross and Ervin apparently differed on their strategy for growing Onramp, according to an email provided to clients and shared with WealthManagement.com.

“Starting a company requires a lot, but scaling it requires even more; and this is where Eric [Ervin] and I diverge on the path forward for Onramp,” said Ross, positioning his departure as “do[ing] what’s best for the company.”

“My goal is to remain at the forefront of cryptoasset education for advisors,” he added.

“Our entire team is grateful to Tyrone [Ross Jr.] for everything that he has done and contributed to make Onramp what it has become because it truly is the most recognizable and influential cryptoasset platform in the RIA space. That said, we are incredibly excited for the opportunity that still lies before us,” said Ervin.

In January, competitor Eaglebrook Advisors closed a $20 million funding round, bringing the total raised at the firm to $22 million. At the time, Ross called the news "fantastic" and a signal that crypto for advisors had plenty of room for growth.

Onramp is in the midst of its own funding round, according to an investor in the firm.

The firm had "fewer than 20 employees" as of last May. Bayer declined to provide the firm's current head count.

The fallout from leadership changes wasn't contained to the C-suite.

Onramp and Justin Castelli, who served as chief of staff for Ross, parted ways last month. The departure was "prearranged and was for personal reasons," said Castelli. "I am lightening my professional load to allow me more time with my family, for myself and to focus on my other ventures." Castelli is an advisor and founder of RLS Wealth Management in Fishers, Ind., which manages $55.6 million in assets.

Onramp's head of business development, Torie Happe, was cut from the firm, she confirmed in an email. Happe started working at Onramp last August.

Onramp board member Dani Fava, who is also the head of strategic development at Envestnet, resigned from her position with Onramp after Ross resigned. She called it a "personal decision."

"This can't be good for Onramp Invest," said Lori Hardwick, CEO of RedRock Strategic Partners, reacting to Fava's resignation. "Disappointing to see this," she added.

The head of Flourish, Ben Cruikshank, also weighed in on the leadership changes. "Tyrone [Ross Jr.] has been an important voice in educating advisors about the importance of crypto," he said. Flourish has its own crypto for advisors business.

Ross “will be taking time to decompress and assess new opportunities,” he wrote in the open letter announcing his resignation. “I look forward to the next chapter in my journey of building a legacy for my family.”