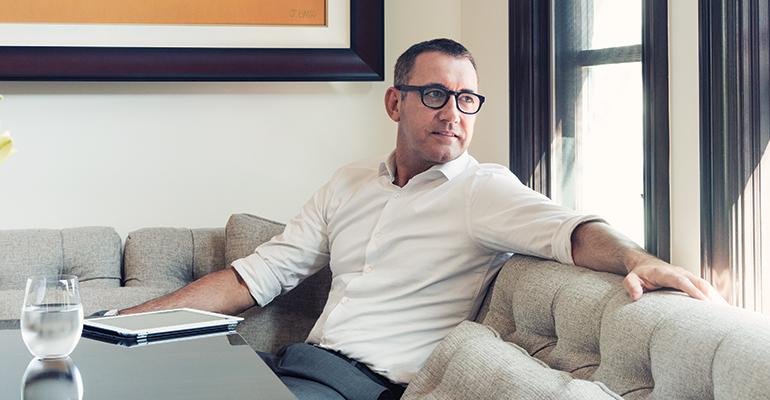 After doubling in size over the last three years, CEO Joe Duran is going outside the industry, bringing in a retail marketing exec from Oakley Inc., with visions of creating an easily recognizable, digitally based, consumer-facing United Capital brand.

United Capital Financial Advisers has been overhauling its executive team for the last 18 months; three-fourths of the team reporting to CEO Joe Duran is different than it was just over two years ago. The latest shuffle involves a new chief marketing officer with a retail-consumer background, a new vice president of digital product management, and a chief business officer of FinLife Partners, the white-labeled version of its software package licensed to other advisory firms.

United Capital has doubled in size in the last three years from $100 million in annual revenue to a projected $200 million in revenue by the end of this year, and Duran felt it was time for a major review of the company’s talent bench, with an eye toward building out a nationally recognized, consumer-facing brand in wealth management and financial advice.

“When you double in size every two to three years, you have a set of expectations from your clients, from your shareholders, from your partners, that require you to constantly upgrade,” Duran said. “I always believe that you don’t get to the size, you have to build it first, then get to the size. We’ve always invested heavily in advance of getting to the next stage, and that’s what we’re doing now.”

Duran recently brought in Edward Kummer, former chief marketing and digital officer for the Oakley brand, to replace Gail Graham as CMO. Graham left the company in January. Duran said he wanted a CMO with a more consumer-facing background to help the company become “a “technology-enabled consumer-experience company,” he said.

Oakley was founded by Jim Jannard out of his garage to sell sporting goggles and, eventually, sunglasses. The company evolved into a retailer of sporting accessories with a brick-and-mortar presence along with a sophisticated digital marketing presence, before selling to Italian luxury-goods group Luxottica in 2007 for $2.1 billion. Kummer was also previously a longtime executive at Disney and Victoria’s Secret, and holds a Masters of Science degree in Computer Science from University of Southern California.

“I was part of the digital transformation in retail,” Kummer said. “I think I can bring an outside perspective. I’ve done a lot of work managing some great brands and also helping make sure those brands build that emotional connection to their consumers. Similarly, in wealth management, United Capital has the ability to build a closer human connection.”

“People like Edward and Min were really added to upgrade the way I think our industry is headed, which is a merger of technology and consumer,” Duran said. Duran has been a strong advocate to bring the ease and convenience that people expect from the most forward-thinking digital consumer brands—Uber, Amazon—to retail-facing wealth management services. Phillip Rogerson, who will serve as chief business officer of FinLife Partners, also joins from Russell Investments, where he was managing director of consulting and product.

Duran credits the growth of FinLife Partners for allowing the company to recruit the higher caliber of talent. Since launching in April of last year, the platform has grown to $6.9 billion in assets under contract, or assets of the advisors that have signed up for its services.

“It allowed us to hire a much higher-end CMO than I might have been able to if we were just with our own United Capital platform,” he said. “Same thing with Min. The fact that she can interact with hundreds of advisors—our addressable market’s much bigger. We have a much bigger opportunity, and we obviously need to invest in that.”

United Capital also announced a strategic partnership with AMP Limited, a financial-services company in Australia and New Zealand, which has thousands of advisors. AMP has taken a small equity stake in United Capital, Duran said, with the goal of combining their technology with FinLife’s to create a global wealth management operating system.