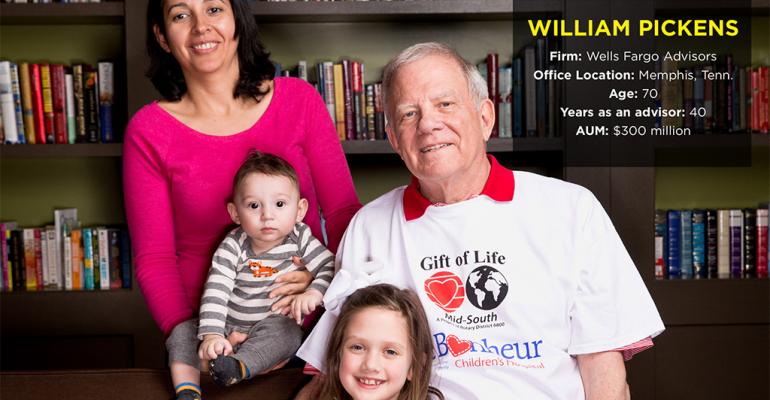 William Pickens was 30 years old before he ever met anyone who was not born in the U.S.

Now, as the founder of the Mid-South chapter of the Gift of Life International foundation, he’s met hundreds, including at least 60 children, all of whom were saved from congenital heart defects thanks to Pickens’ efforts.

“There’s lots of teary eyes, not just from their side but ours as well,” he says. “You’re able to do something for someone who isn’t able to do anything for you in return.”

In 2007, Pickens founded the Mid-South chapter of the national Rotarian-based group, which brings children with heart defects from developing countries to leading U.S. hospitals for operations and recovery. The group holds fundraisers to support the effort, including an annual tailgate picnic and match at the Memphis Polo Grounds that’s attended by some 300 families.

His skill set clearly is in logistics: He approached Le Bonheur Children’s Hospital about a partnership, and coordinates every aspect of the child’s visit—from working with the foreign groups that help find the right candidates for the program, to working with the airlines and embassies to secure visas, travel and lodging. He has contacts at the Transportation Safety Administration to ease entries at the airport, and schedules the time needed at the hospital. “We get a letter from the State Department that says we’re responsible for them while they are here.”

The families that arrive in Memphis often don’t speak English, have never left their home country, and are intimidated and frightened by the process. Pickens says part of his job is to make the visitors as welcome and comfortable as they can when they are here.

The surgeries almost always have a positive outcome, because only patients who would benefit from the process are selected to participate. After the operations, Pickens and other volunteers take the families to the zoo; the Civil Rights Museum; and Graceland, the home of Elvis Presley. “It’s amazing how many people all over the world know about Elvis Presley,” he says.

His granddaughter Sarah Grace has also been drawn into the program: She coordinates a “get-well” card campaign at her school, and hangs out with the children and their families after the surgery. “She’s a trooper for the families,” Pickens says. “I see a future ambassador.”