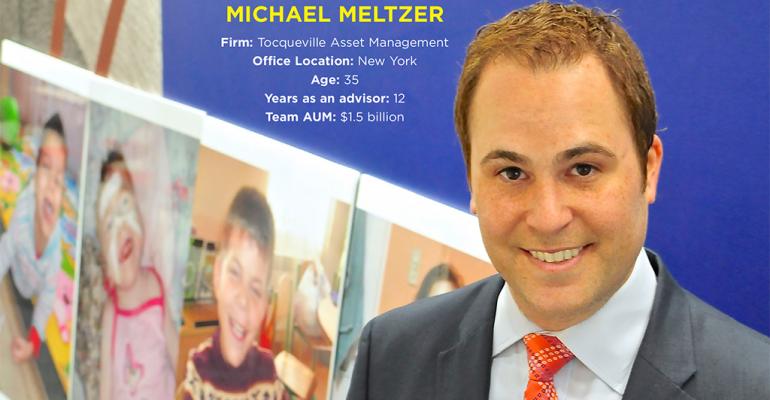 Those working behind the scenes can be just as important as those on stage.

“Maya’s Hope exists because of Michael Meltzer,” says Maya Rowencak, founder of the group. “It was his vision and his belief in my work … that is making a huge difference in the lives of children who would have had no other hope.”

The organization really began after Rowencak’s mother died suddenly in 2007. Stories of motherless children affected her deeply, and through a friend of the family, a Filipino priest, she found an opportunity to volunteer at an orphanage in the Philippines. Once back in the U.S., she enlisted friends to donate supplies—a box of toothpaste and brushes from a dentist, books from a publisher.

“She really wanted to help kids. She didn’t really even think about starting a real charity,” says Meltzer, who has known Rowencak since 2005. “After she was doing it on her own for about a year, I said, ‘Why don’t you turn into this into a charity?’ She had no idea what I was talking about.”

Meltzer took over the administrative tasks. He set up a corporation, pulled together a board of directors, and filled out the official 501(c)3 public charity application, which was approved in May 2012. Last year, Maya’s Hope raised $250,000, more than twice the previous year, and Meltzer says he hopes to grow that to $400,000 this year.

Maya’s Hope supports five orphanages, including three in the Ukraine and two in the Philippines. The group sends the children vitamins, food and clothing, and provides health care services and financial support. They’ve sponsored life-saving surgeries and, at least once, massage therapists to help patients with rehabilitation.

While Rowencak is still the animating spirit of the group, Meltzer is the treasurer and chairman of the board, spending about 10 hours a week on financial, legal and compliance. “It’s more of a behind-the-scenes involvement,” he says.

“He devotes an enormous amount of time to the needs of Maya's Hope, including preparing taxes for the organization, but he manages to maintain a high-stress, busy, successful career as a portfolio manager,” says Heather J. Perlmutter, a fellow advisor and managing director at Tocqueville Asset Management.

Meltzer himself sponsors two orphans, “Princess” Ericka and Yura, a 12-year-old orphan from the Ukraine. “There’s something about him that just makes me smile. His face lights up a room,” Meltzer says. He Skypes with them, and they send notes and photos throughout the year. “He’s just an adorable child who deserves to be happy.” Yura will likely be adopted by an American family this year.