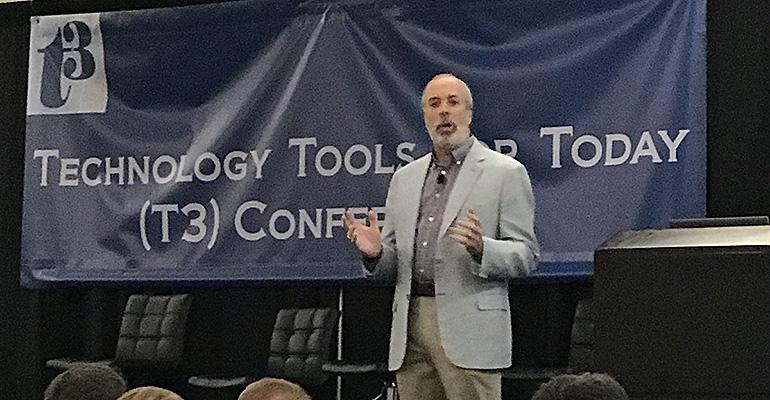 After 35 years in the industry, financial advisor Ric Edelman is stepping back from his day-to-day duties at Edelman Financial Engines.

Edelman founded Edelman Financial Services with his wife, Jean, in 1986. A few years thereafter he started a radio talk show, The Ric Edelman Show, which he has hosted for 29 years. While Edelman will continue to make guest appearances, the firm has started a search for a new host for the weekly program. In addition, Edelman has published 10 books on personal finance and received “book of the year” awards twice from the Institute for Financial Literacy.

“Jean and I have decided the time is right for us to start our next chapter,” he said, in a statement. “With a team of talented and dedicated planners and staff, and an experienced and capable management team, we are confident in the firm’s future. We are grateful to our friends, colleagues and, most importantly, to our clients for their faith in us. And we are excited about our new ventures.”

Today, Edelman Financial Engines has more than 150 offices across the country and more than $270 billion in assets across 1.3 million clients.

In 2015, private equity firm Hellman & Friedman took a majority stake in Edelman Financial Services. Three years later, the private equity firm bought Financial Engines, the publicly traded, largest RIA in the U.S., and merged it with Edelman’s firm. The move brought Edelman, a retail-facing advisory firm that grew via radio ads and Edelman's commitment to bringing financial planning to middle-class Americans, to the 401(k) industry, where it previously had not been a player.

In late 2012, just as a handful of online financial advice companies started coming onto the scene, he launched Edelman Online, a web-based platform, built in-house to give consumers access to his firm’s investment management and financial planning services.

In recent years, Edelman has been involved in the cryptocurrency space, having invested in crypto indexer Bitwise Asset Management in 2018. And in 2019, he built a team of blockchain and crypto asset enthusiasts called the Advisor Blockchain and Cryptoasset Council (ABCC), now known as the RIA Digital Assets Council. The goal has been to advance the RIA community's awareness of these technologies.