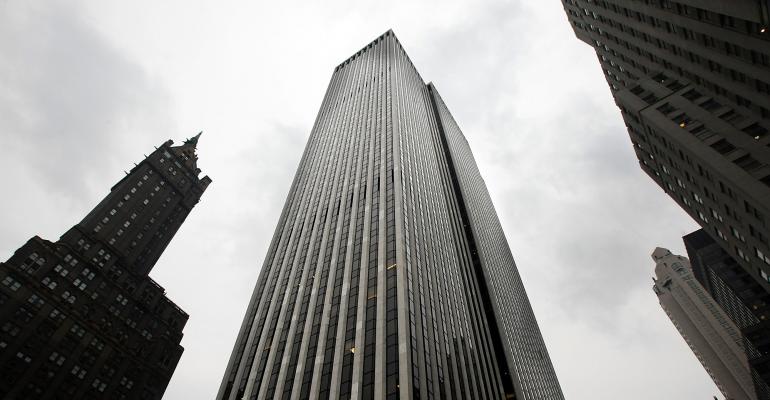 (Bloomberg)—York Capital Management is looking to cut about 40% of its Fifth Avenue office space as the pandemic prompts companies to rethink the need to occupy expensive skyscrapers.

The hedge fund firm is seeking to sublet about 20,000 square feet of its space at the General Motors Building, according to people familiar with the matter. It currently rents about 50,000 square feet at the trophy property, which sits across from the Plaza Hotel and offers sweeping views of Central Park and beyond.

Wall Street banks and asset managers, among the largest employers in New York City, have been taking stock of their office space as it becomes clearer that many employees will work remotely for the foreseeable future. Commercial landlords, already hard hit by the economic impact of the cornavirus, have seen a slump in demand and lost revenue as some tenants have stopped paying rent.

Many firms across industries are looking at reducing their occupancies. Sublease space in the city jumped to 13.6 million square feet in the second quarter, almost 40% higher than last year, according to Savills US. Financial services and insurance firms account for about 15% of new and expected sublets.

York Capital, which runs about $18 billion, has about 150 employees over a few floors at the GM Building. The 50-story tower at 767 Fifth Ave. is owned by Boston Properties Inc. It has about 2 million square feet and its front plaza is occupied by an Apple store, adding to the skyscraper’s luster. The building has typically fetched some of the highest rents in Manhattan and current tenants include Perella Weinberg Partners and the law firm Weil Gotshal & Manges.

The overall average asking rent for Class A office space in the Madison/Fifth submarket was $99.20 a square foot as of the second quarter, according to a report from Cushman & Wakefield. Rents in notable or landmark buildings are often higher, even in a slumping economy.

In contrast to York’s plans, Declaration Partners, an investment firm that mostly manages the wealth of Carlyle Group Inc. co-founder David Rubenstein, recently nearly tripled its office space to 11,000 square feet. Before Covid, the firm had planned to expand its space at 510 Madison Ave. to accommodate a growing team, a spokesman said, adding that now the extra space will also allow them to factor in social distancing safety measures.