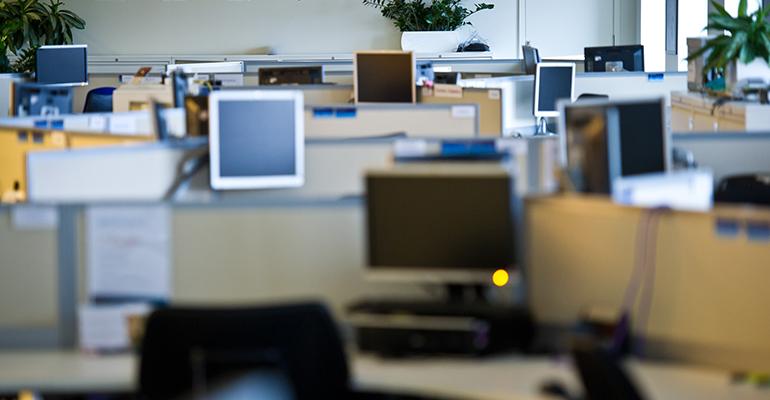 What’s in Store for the Flexible Office Space Trend?

In a Q&A with NREI, Amol Sarva, Knotel co-founder and CEO, shares his views on flexible office space and the future of office space in general.

Similar to most co-working operators, Knotel provides educational programs for tenants and social events, but doesn’t provide freebies like a coffee bar and beer on tap. The company does, however, offer tenants a coffee service and happy hour, as well as securing meeting spaces for them as part of its on-demand management services.

Knotel’s branding concept creates a hospitality-type flag for the office sector. Similar to a hospitality brand’s relationship with hotel owners, Knotel partners with office owners who designate a portion of their buildings to fly Knotel’s flag in exchange for a share of the higher per square revenue flexible office space generates.

In this NREI Q&A, Sarva discusses what’s driving the start-up’s growth, the evolution of the office sector to include flexible space and the role of both disruptive start-ups like Knotel and office owners will play in the shift to flexible formats.

NREI: Why do you think your company is growing so fast? 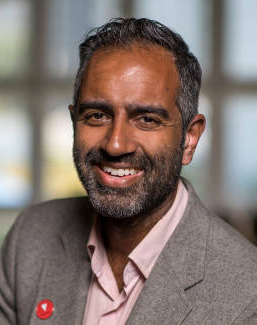 Amol Sarva: Tenants want flexibility in real office space. Previously, a company’s only option was traditional space. Growing companies come to us because they can’t predict their space needs in one to three years’ time. On the whole, our customers grow their businesses by 10 percent a year. In a traditional office environment, dynamic, growing companies are penalized for being successful. But our customers can make decisions based on changing needs, because our flexible concept allows them to scale up or down on short notice if a project scales up or falls out [without] the worry of a financial penalty.

NREI: Many owners are repositioning older buildings as flexible, collaborative office spaces, rather than sharing the higher revenue with flexible space operators like Knotel and WeWork. Do you think this will have any impact on your company’s expansion or that of your competitors?

Amol Sarva: Building owners aren’t equipped to operate flexible space on their own. It’s like when building owners open a coffee shop in the lobby: They think it looks easy, but they’re not good at it. Building owners think what we do is easy to copy, but they would have to reinvent their entire business to do it properly.

First of all, many owners don’t understand what we do. They think flexible space is about entrepreneurs or freelancers in small, shared spaces that rent by the month, but our model can accommodate companies with a headcount of 100 or more and many become long-term customers.

Furthermore, owners don’t have the capacity to create office space that’s seamlessly flexible, and it requires a fundamental redesign of buildings .We have space in 30 buildings in Manhattan within walking distance of each other and can shift tenants around to accommodate growing space needs. And when we take over a space, we change the fit-out of [the] building, making it possible to seamlessly scale up space, double the size on a week’s notice. This is a huge transformation, but we have the ability to make everything work together beautifully.

NREI: How do you envision the flexible space model evolving over time?

Amol Sarva: Flexible office space currently has low penetration; only about 5 percent of office space in New York is flexible. But similar to e-commerce, which reached 12 percent of total retail purchases in the last couple of years, flexible space will gain market share in time. Traditional office users are already moving in that direction: The 50-year, triple-net lease is ancient history, with the average lease period now down to five years. I predict that eventually all U.S. office space—100 percent—will be run in flexible formats. JLL predicts one-third of all U.S. office space will be flexible by 2020. I think conversion to flexible space will happen quickly after that, increasing by double digits.

NREI: Some large asset owners with a lot of space capacity are establishing start-up co-working spaces and/or tech incubators to grow companies that may eventually expand into larger spaces and become long-term tenants. Do you see large building owners using strategies like this to evolve their assets into flexible space over time? How do you think the office market will get to 100 percent flexible space, as you predict?

Amol Sarva: Yes, I see owners opening incubators, pre-builts and their own co-working spaces. What I don't see them doing is reaching operational scale and efficiency to match the software, service, sourcing and physical product offerings needed by companies big and small as they shift from 'showing up with their laptops' to buying or leasing a raw space. So eventually they will need an operating platform partner: vendors and partners like Knotel. Building owners don't operate hotels, they hire a flag to fly over it complete with marketing, software and operations manuals, as well as an operating company to implement the people side. That will happen in office as we get to 100 percent flexible.

NREI: According to JLL, the pricing per square foot for flexible or shared office space comes at a 181 percent premium compared to traditional class-A office space in Central Business Districts. Why do you think companies are willing to pay such a high premium to be in flexible space?

Amol Serva: Tenants pay more per square foot for flexible space, but in the end get more for less. They actually save 30 percent to 40 percent overall, compared to going into traditional office space and shelling out two to three years’worth of rent upfront to build out the space and furnish it. And while a company’s occupancy can drop as much as 80 percent, in a traditional office environment the tenant must foot the bill for 100 percent of the space until the lease expires. But in a flexible space, the tenant’s rent is adjusted according to the amount of space actually occupied.

NREI: Do you see any other trends that will influence or change the nature of the flexible office market?

Amol Sarva: As the start-up community disrupts the office market, big asset owners are going to want in on the action. And it’s already happening. Global office giant Blackstone acquired The Office Group, a U.K. flexible workspace provider last year. In December, Canada’s two largest asset managers, Brookfield Asset Management and Onex, offered International Workplace Group, the holding company for Regus and Spaces, an all-cash deal to acquire the company. Many companies occupy more densely compact space than in the past, and this trend will continue as more companies move into flexible, collaborative space. These companies use less space because all of their employees are rarely in the office at the same time. Using the traditional rule-of-thumb of 150 square feet per employee, a company spends about $10,000 per head, per year on space. But companies in flexible space calculate about half as much per head. This is especially true of tech companies and other types of firms that hire a lot of freelancers. In fact, the strongest employment trend today is freelancing. According to the Department of Labor, the freelance sector comprises 30 percent of the workforce and is expected to grow to 40 percent by 2020.