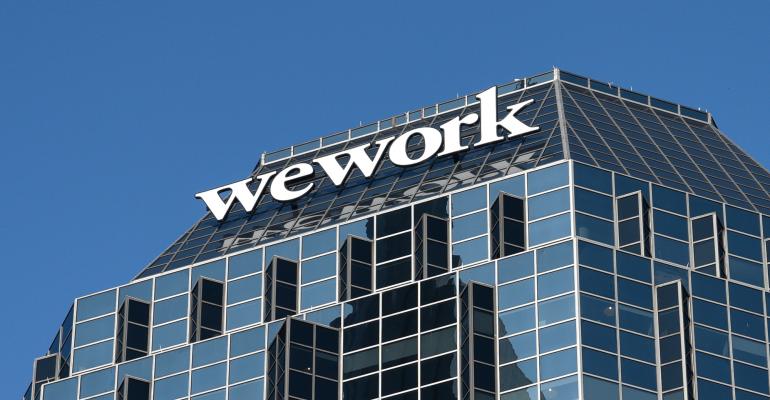 WeWork Wants to Be a Tech Company Again, Sort Of

The company will partner with the real estate software maker Yardi Systems Inc. to develop WeWork Workplace, a tool that will let companies manage their employees and their office space.

(Bloomberg)—WeWork Inc. is trying to strengthen its technology credentials with a new software product it hopes to sell to employers.

The co-working company will partner with the real estate software maker Yardi Systems Inc. to develop WeWork Workplace, a tool that will let companies manage their employees and their office space the same way WeWork does. The software, which can be used for tasks such as booking conference rooms, coordinating flexible desk usage with hybrid workers and analyzing which spaces are used the most, is set to debut this summer, the company plans to announce Wednesday.

Yardi’s existing tools help landlords and asset managers oversee their property operations and finances. WeWork’s core business is renting out desks and offices, but the company has also worked to expand beyond that in recent years — though not as far afield as the bewildering choices of its co-founder and former chief executive officer, Adam Neumann, who oversaw WeWork’s expansion into an elementary school and residential co-living.

Neumann had pitched WeWork to investors as a technology company, emphasizing a spate of acquisitions that included conference-room booking software, a digital marketing company and a product that used smartphone data to track how groups of employees flowed throughout an office. After WeWork’s failed attempt at an initial public offering in 2019, some of those side businesses were sold off to trim expenses.

WeWork succeeded at its second attempt to go public. When it did so last fall under the current CEO, Sandeep Mathrani, WeWork told investors it was building a three-part business model: renting out office space, providing on-demand options such as renting a desk for a day and selling a newly created software service, WeWork Workplace.

The idea is that even employers who don’t rent space from WeWork might choose to pay for its software tools, especially given the more complex logistics of a workforce that wants to spend some days at the office and other days at home. In January, WeWork said its first customer for this product was pharmaceutical company Organon & Co., which already had leases with WeWork in dozens of locations.

To contact the author of this story: Ellen Huet in San Francisco at [email protected]