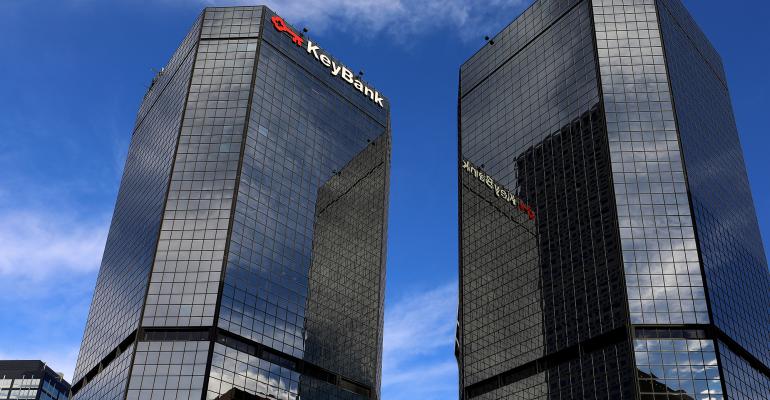 About 30 percent of U.S. office buildings are at high risk at becoming obsolete, according to one consultant.

Those properties are among the 30% of U.S. office buildings -- worth an estimated $1.1 trillion -- that are at high risk of becoming obsolete as tenants’ tastes change in the hybrid-work era, according to Randall Zisler, an independent consultant and former head of real estate research at Goldman Sachs Group Inc.

Some companies are scaling back their space. Others are gravitating to newly developed or recently overhauled offices that are environmentally friendly, with plenty of fresh air and natural light, fitness rooms and food courts. Left behind are older buildings that would be expensive to renovate to today’s standards. As values for those properties slide, some landlords are walking away.

“We’re not saying bulldozers are arriving en masse,” Zisler said. “But you’re going to see a repricing and, in some cases, reuse of these buildings.”

Average U.S. office values remain 4% below their pre-pandemic levels, the worst performance of any type of commercial real estate, Green Street data through February show. A deeper look shows a divided market: While prices for newer, amenity-filled offices have gained about 15%, they’re down 20% for smaller, older properties, Zisler said.

In addition to $1.1 trillion of endangered buildings, another $1.1 trillion make up a “mediocre middle” with limited upside because of uncertainty about long-term demand and potential renovation costs, Zisler estimated.

Buildings that opened since 2015 recorded more than 51 million square feet (4.7 million square meters) of occupancy gains since Covid hit, while vacancies swelled elsewhere, according to Jones Lang LaSalle Inc. The divide is most pronounced in big-city markets where more than 70% of office stock is at least three decades old, such as New York, San Francisco, Los Angeles, Boston, Chicago and Philadelphia, the brokerage reported.

Workers have been slow to return to offices two years after pandemic lockdowns sent them home. With many people vowing never to go back to their old commutes, companies are reconsidering their real estate needs, with some downsizing or listing space for sublease. Demand for in-person space may fall 15% from pre-Covid levels over the next five years as remote or hybrid schedules become more common, according to Green Street.

To entice balky workers back to their desks, employers are looking for spiffed-up offices with some of the perks of home. Many top-paying tenants, such as tech companies, only want buildings with low carbon footprints, while regulations such as New York’s Local Law 97 may require heavy investment to meet energy goals.

Renovations don’t guarantee success for buildings in weak locations. Empire State Realty Trust Inc. added a gym and dining facility in 2019 to a Norwalk, Connecticut, building that was only 46% occupied as of December. The company stopped paying a $30 million mortgage rather than spend more money to lease up space, Chief Financial Officer Christina Chiu said on a conference call last month.

“The math favored handing the keys back to the lender,” said Danny Ismail, a senior analyst at Green Street. “Increasingly, that’s a risk going forward.”

Some lenders are giving up. MUFG Union Bank is selling a $190.8 million mortgage on a Chicago complex with its biggest tenant, BMO Harris Bank, moving to a new riverfront tower this year. The debt matures March 31, positioning the note buyer to assume ownership on an “attractive basis relative to new construction,” according to a marketing memo from JLL.

The mortgage delinquency rate for offices remains far lower than for hotels and retail properties because of long-term leases and contract obligations to pay even if tenants aren’t using the space. In a sign of growing caution, some new mortgages include “cash trap” clauses diverting tenant rent payments straight to lenders rather than landlords when offices stay dark for lengthy periods, said Elizabeth Murphy, a real estate finance attorney with Alston & Bird LLP.

“That sets off alarm bells,” Murphy said in an interview from Charlotte, North Carolina.

Values plunge after delinquencies. Reappraisals in the past two years of 60 office buildings with distressed commercial mortgage-backed securities fell by an average 67%, erasing more than $1.2 billion in collateral, according to data compiled by Bloomberg.

The biggest wipeout of that group was 909 Chestnut in St. Louis, which was appraised in August at $9.2 million, down from $207.3 million in 2014. Built in 1986 as the world headquarters for Southwestern Bell Corp., the building’s 1.2 million square feet are available for lease, according to a broker presentation.

The property is under contract and the sale is expected to close this year, loan documents show. The broker, Tony Kennedy at Colliers, declined to comment.

Houston’s vacancy rate reached 28% in December, JLL reported, aggravated by years of the U.S. oil industry’s contraction. Three Westlake Park, an empty former BP Plc and ConocoPhillips office, sold in January for about $21 million, resulting in a $67.4 million loss for lenders, according to Kroll Bond Rating Agency LLC. The new owners plan to convert the offices to apartments.

In Denver, where downtown offices are 24% vacant, one loser is the former World Trade Center I & II towers, built in 1979 and appraised at $176 million in 2013. The owners failed to find a buyer who would cover the $132 million mortgage and agreed to surrender the property, now called Denver Energy Center. A foreclosure is expected this month, according to loan data compiled by Bloomberg. A spokeswoman for the owner, Los Angeles-based Gemini Rosemont, didn’t reply to requests for comment.

More losses loom for landlords across the country.

“We’re going to see a substantial decline in prices in buildings that are obsolete,” Zisler said. “You’ll see it over the next four years, maybe even sooner.”