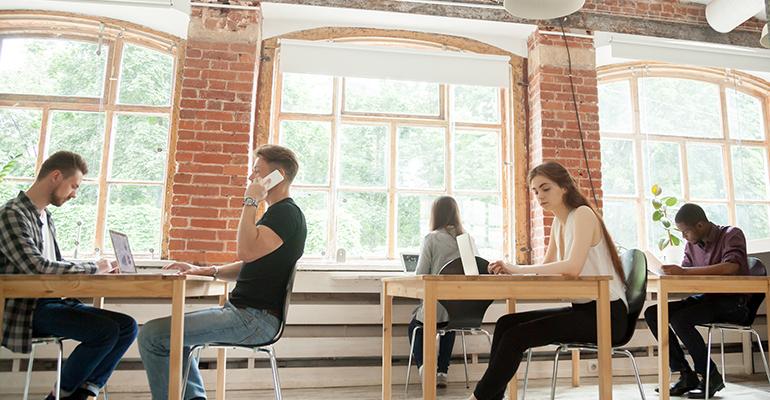 In new research, Colliers International has provided a lay of the land when it comes to the flexible office market.

Overall, the researchers found that although coworking and flexible workspace still represents a relatively modest share of overall office occupancy, its footprint is rising and expanding rapidly. And while the research also found that identified more than 140 different coworking operators are active in the 19 markets, with a total of 27.2 million sq. ft. of flexible workspace, the top 10 players account for about 80 percent of the space. In fact, WeWork alone dominates 45 percent of the flexible office market in the nation. Overall the space has grown from less than 300 space in 2010 to more than 4,000 at the end of 2017. Outside the U.S., the growth rate has been even more rapid, climbing from less than 200 to more than 10,000 during the same
time period.

The net result of this has been that although flexible office space only accounted for 1.6 percent of total office inventory as of the second quarter of 2018, it had accounted for 31.3 percent of inventory growth in the prior 24 months.

In addition, they found that the proliferation of these players was having knock-on effects for traditional office leasing.

"Not only are there more providers—and more types of players—entering the arena, but flexible workspace features, such as shorter lease terms and greater service offerings, are being adopted even in more traditional landlord/tenant leasing," Andrew Nelson, Colliers chief economist, and Ron Zappile, Colliers vice president of occupier services, portfolio strategy consulting services, wrote in the report. "Coworking is now widely understood and established in the commercial real estate industry, and has become an integral space option for most businesses, be they large or small."

Much of the space is concentrated in New York City. In all, Colliers estimates the city accounts for about 40 percent of the total flexible office space in the U.S. as a whole. But they found that the rate of growth of flexible office inventory has been similar in most markets in the past two years, roughly 48 percent between 2016 and 2018.

Among the report's key takeaways:

The report also identified the top 10 operators of coworking space in 19 leading office markets. In the following gallery, we take a look at those companies. (The companies' broader portfolios may include more space than listed in the gallery. The list is based on their square footage in the core 19 markets Colliers tracked for their report.)

With WeWork, in research published in October, NREI readers sounded off that they believed the co-working trend will expand over the next 12 months, bolstering the long-term viability of sector leader WeWork, according to the results of a recent online poll we administered. But many survey respondents also said they expected the co-working space provider to experience significant challenges in the event of a downturn and don’t foresee the company becoming profitable any time soon.