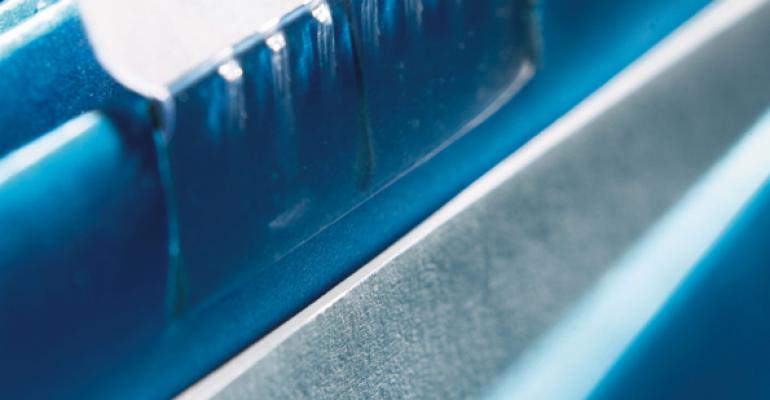 At this point in the cycle, office tenants who may be seeking shorter-than-traditional lease terms may find themselves in difficult negotiations with landlords, who themselves are facing close lender scrutiny. In certain markets, however, tenants have been successful in negotiating shorter lease options that assuaged landlord’s financial concerns.

For certain tenants, such as those in the technology sector and related industries, a shorter lease length creates flexibility for company growth and expansion, sources say. But such situations are better navigated in a multi-tenant building, where an office landlord’s financing costs and risk are spread amongst multiple occupiers.

A single-tenant scenario provides a challenge to securing financing, Prouty notes, but in a multi-tenant scenario, a shorter lease term can be structured and underwritten. That would include reserves midway through the loan to ensure there will be capital to roll over.

Technology firms are seeking shorter leases in a number of markets, according to Andrea Cross, head of Americas office research for commercial services firm CBRE. “We are seeing this in Seattle and Boston. In San Francisco the amount of subleasing up-ticked in 2016, as tenants sought to take those box spaces at shorter lease terms—it’s plug and play,” she notes. But this year the amount of space available has declined, she adds.

“The problem is that while growing technology tenants would prefer short-term leases, and even if landlords wanted to concede term length, the historic highs of rental rates, coupled with the increased regulation and costs of construction, mean that the dollar outlay cannot be amortized over lease terms that are so short. This has forced leases to be longer terms, especially for particularly creative and expensive build-outs,” Conte says.

To combat the “term creep,” tenants are negotiating leases that include option space, pre-negotiated sublease rights and extension terms, he notes—so that the offices they will be leasing for longer terms have some added flexibility as the tenant’s company grows.

From a lending perspective, Prouty says that an ideal office leasing scenario would consist of a 100,000-sq.-ft. building with a diverse rent roll of tenants in terms of size, market sector and lease term length.

For a San Francisco class-B office building, for example, “Ideally, the tenant roster would be comprised of one long-term credit tenant at 20,000 sq. ft., and the remainder a diverse mix of users ranging from 1,000 to 10,000 sq. ft. each,” Prouty says. That way the 20,000 sq. ft. anchor tenant would provide a stable income stream throughout the loan term, while the remaining smaller tenants could be staggered on varying shorter term leases, creating the ability to smooth out the property’s rollover, he notes. “A healthy rollover schedule would avoid more than 20 percent lease expirations in any given year,” Prouty says.

When it comes to construction financing, if it is not a single-tenant project, lenders are okay with shorter lease terms as that helps with the granularity of the rent roll, says Ashley Grigsby, managing director of finance at Transwestern Development. Lenders won’t want to provide construction financing even on a 10-year lease for single-tenant office buildings, she notes, because of the tightness in the “take-out market,” that is, the market position the building will be in at lease-end. “From a landlord perspective, of course they would like their tenants to sign for longer terms. It’s problematic for lenders if it is a single tenant.”

If one tenant occupies a large space on a short-term lease, then there is rollover risk and refinance risk depending on when the lease is set to roll, notes Grigsby. “With that said, each lender is comfortable with different combinations in regard to number of tenants and term length. Some lenders may get uncomfortable if one tenant occupies more than 25 percent of a building, while others would be fine with only one or two tenants, as long as they are investment grade on long-term leases,” Grigsby adds.

When evaluating the merits of short-term versus long-term leases, Prouty says landlords should consider that they may be able to exact a premium on shorter terms (two to five years) that allow tenants the ability to grow or contract quickly if their space needs change. This is particularly true in the San Francisco Bay Area, with its myriad of start-ups that may have a finite venture capital funding horizon or a rapid growth trajectory.

“From a landlord’s perspective, short-term leases also allow for quicker value capture in rising rental markets,” Prouty says. “A longer term lease (seven to 10-plus years) may warrant a landlord to offer a period of free rent at the start of the lease term in trade for a long-term commitment to a reliable rental income stream, with annual rent increases (typically 3 percent), particularly if the tenant is planning to invest their own capital in the space by way of extensive tenant improvements.”

That being said, lenders are concerned by a high rollover concentration, Prouty notes, as it can bring with it potential re-tenanting costs, such as tenant improvement allowances and leasing broker commissions (TILC), which “in acute situations could lead to structuring of lender TILC reserves in order to ensure the property is adequately capitalized.” A diverse tenant base protects from concentration in any particular sector that could impact the entire rent roll, he says.