/sites/all/themes/penton_subtheme_wealthmanagement/images/logos/footer.png
Recent
Recent
Looking Back at Amazon’s Very Big Year in Commercial Real Estate
Jan 25, 2022
Nine Must Reads for the CRE Industry Today (Jan. 26, 2022)
Jan 25, 2022
Adding to Your Team? Consider a Performance Reporting Analyst
Jan 25, 2022
WeWork Buys Coworking Startup in First Acquisition Since Neumann
Jan 25, 2022
Featured
The 10 Best and 10 Worst States in Which to Retire in 2021
Jul 15, 2021
Poll: 15 Classic Books on Investing and the Markets
Apr 03, 2020
25 U.S. Markets Adding the Most Multifamily Units This Year
Feb 03, 2021
Fifteen Must-Listen Business Podcasts for Advisors
Aug 14, 2020
Coronavirus
brought to you by 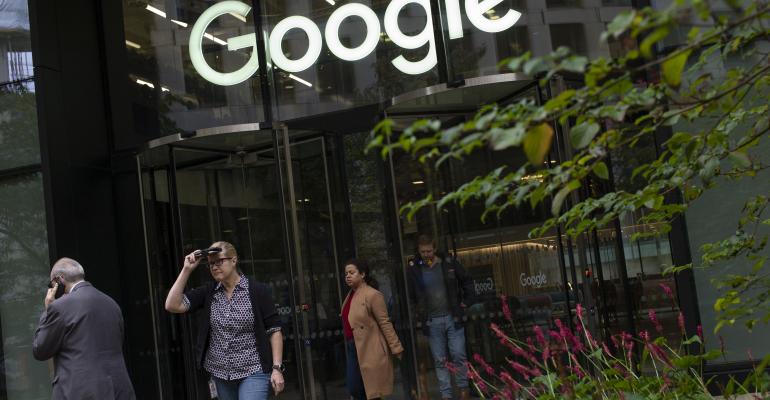 The Tech Sector Looks Well-Positioned to Survive the Pandemic. It Might Still Cut Back on New Leases

As tech firms prepare for employees to return to the office, some are downsizing to cut costs or pausing expansion plans.

It’s anybody’s guess how long “social distancing” will remain in place and impact Americans’ work and leisure habits. What is obvious is life won’t snap back to the way it was before the pandemic, and a “new normal” won’t happen immediately after coronavirus fades away.

A JLL report on COVID-19’s impact on real estate globally suggests that companies will reinvent themselves to develop greater resilience to future emergencies, adapting their operational models to the new normal.

Some segments of the economy will recover quicker than others, but the way people work is expected to undergo changes that will ultimately impact office demand.

Like e-commerce, the technology sector is less vulnerable to economic distress from COVID-19 due to the industry’s financial strength and people’s increased reliance on many tech products and services, especially those that support working from home, says San Francisco-based Colin Yasukochi, executive director of the tech insights center with real estate services firm CBRE. He adds, however, that segments of the tech industry that support hospitality, leisure, retail and restaurants and/or rely on venture capital to fund operations are at greater risk than other tech companies.

Tech will remain a major driver in the economy, but some firms are pausing expansion plans or are implementing cost-cutting measures, depending on their situations, according to Yasukochi. As a result, the impact on office space demand by tech tenants will differ by office market depending on local tech firms’ combined exposure to the most impacted industries and financial health. “So, while the tech industry is largely capable of weathering the economic distress, some segments should be monitored for potential real estate risks,” he adds.

The tech industry accounted for one in four new office jobs created since 2010, and 21 percent of total U.S. office leasing activity in 2018-19. The industry was responsible for an even larger share of net new occupancy growth, according to CBRE’s 2019 Tech-30 report.

But since COVID-19 disrupted the economy, “Many venture-backed firms are being asked to conserve capital, reduce headcounts or both,” says Yasukochi. “Private, venture-backed tech companies with strong business models remain positive, but many smaller, more-affected tech firms are cutting costs and will likely reduce their office footprints.”

And while publicly-traded tech companies remain positive on their longer-term business prospects, they are putting major growth initiatives and real estate decisions on hold. Google, for example, has just paused a deal to buy 10 buildings in Mountain View, Calif. that it struck earlier this year.

Meanwhile, cost-cutting measures could help boost the movement to a larger remote workforce. Large tech firms with offices in Seattle, including Google, Amazon, LinkedIn and Microsoft, were among the first to recognize the danger COVID-19 posed and made the switch to remote working in late February and early March, according to The Guardian. These companies were already experienced at managing a geographically-dispersed workforce and had extensive infrastructure in place to supports remote working.

While it’s premature to know with certainty how social distancing and work-from-home arrangements will impact office space demand, according to Yasukochi says, “Social distancing will likely be temporary, but it nonetheless will require more work-from-home arrangements until the COVID-19 crisis is resolved. That’s partly because acquiring additional space to accommodate existing workers in less dense office layouts is unlikely in the short term.”

In fact, that biggest changes coming out of the COVID pandemic might be the downsizing of businesses and the realization that remote working arrangements are viable, which will cut down on long commutes for many workers in the Bay Area, according to Sean Cottle, a real estate attorney at the San Jose law firm of Hoge Fenton, who spoke during a recent virtual event hosted by the Central Valley Organization.

But Walt Stephenson, a managing director at Cushman & Wakefield’s San Jose office who was also on the event panel, said that that South Bay tech firms will rethink their workspaces, not fold them. Noting that over the last five years the typical amount of workspace allotted per employee had shrunk as companies moved to an open office environment, he suggested that trend may now be reversed.

In the longer term, there may be an increase in ‘fluid working’ — working from anywhere,—but an increase in average square footage allotted per employee is also likely, which may increase demand for office space, says Yasukochi. He stresses that occupiers will demand new standards in wellness, including upgraded HVACs to give employees confidence to return to the office.  “This will be similar in effect to the upgrades in security post-9/11 to enhance physical safety,” Yasukochi adds.