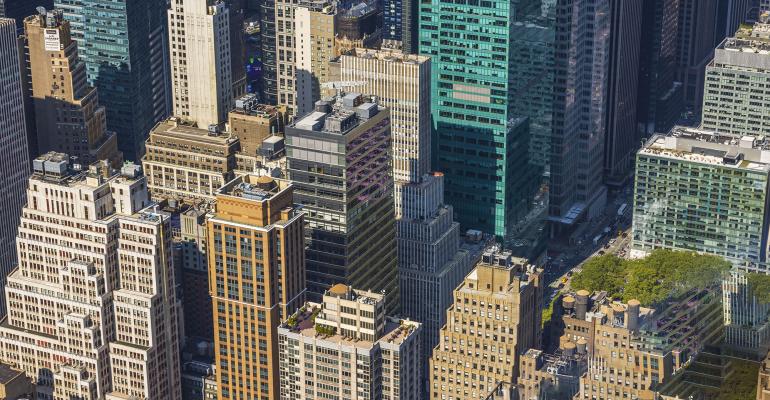 Both cities ended 2022 with a rising supply of space and leasing demand still far below historical averages, according to reports this week from brokerage CBRE Group Inc. In San Francisco, the office-vacancy rate soared to a record 27.6%, compared with just 3.7% before the pandemic.

(Bloomberg)—Salesforce Inc. is paring its real estate as part of sweeping cost cuts. Compass Inc., reeling from a housing slowdown, has put its New York headquarters up for sublease. Meta Platforms Inc. is giving up Manhattan offices that it recently built out.

Major US office markets were already struggling with empty buildings as flexible work becomes the norm. Now, mounting layoffs and corporate cost cuts threaten to worsen the glut, particularly in New York and San Francisco — two finance and tech hubs with economies that are heavily dependent on office workers.

Both cities ended 2022 with a rising supply of space and leasing demand still far below historical averages, according to reports this week from brokerage CBRE Group Inc. In San Francisco, the office-vacancy rate soared to a record 27.6%, compared with just 3.7% before the pandemic.

The pain may be set to deepen this year for US landlords as borrowing costs rise and the economy enters a potential recession, limiting their ability to attract new tenants. Many banks and real estate debt funds are looking to reduce their exposure to riskier commercial property assets, especially offices, where vacancies are piling up nationally and values are dropping.

“It’s an extremely difficult time to be a landlord,” said Ruth Colp-Haber, chief executive officer of brokerage firm Wharton Property Advisors. “All the costs of running their buildings are going up, the costs of construction and labor are going up. These are all their daily costs, just to open up their buildings for business. Then, on the income side, the rents are going down. This is a real witches brew.”

It’s an issue that’s stretching around the world as tech companies, once a major driver of real estate demand, pull back. Canada’s office vacancies also reached a record at the end of last year, CBRE reported. In Dublin, almost a third of office space is dormant.

In New York, the growing tech angst and financial-market turmoil threatens to derail what had been a gradual recovery in demand from the pandemic. In the fourth quarter, the supply of offices space available in the market climbed to 19.2% from 18.8% in the prior three months, according to CBRE. That’s just short of the record high of 19.6% set last year.

The city has benefited from some demand from financial-services firms, and companies like Ken Griffin’s Citadel and KKR & Co. are continuing to expand their office footprint. Still, much of the demand have been driven toward newer offices and developments, with older spaces barely getting any traction. Leasing in the last three months was 27% behind the five-year quarterly average.

Major tech firms have pulled back. Meta, among the most active tenants seeking space in the market over the past few years, has recently cut back on its office ambitions. It’s decided against keeping space on Park Avenue and offices at Hudson Yards. Compass is also looking to sublease the rest of its space at its Union Square headquarters, at 90 Fifth Ave., where some of its floors were already subleased, according to a spokesperson for the real estate brokerage.

“The technology pullback will have significant ramifications for the New York market,” Colp-Haber said. “They were a major driver of what little expansion there was in the office space sector during the pandemic so any office space reductions do have an impact.”

The tech layoffs are also trickling into the financial-services industry, with major banks such as Goldman Sachs Group Inc. and Morgan Stanley executing or planning staff cuts, which could slow the market again.

In San Francisco, the office decline is part of a larger slowdown across the economy, with home prices falling and tourism slow to rebound as well. Salesforce, the city’s largest private employer and occupant of its tallest tower, last week said it plans to cut 10% of its workforce and reduce its real estate globally to adjust to more cautious spending by clients. Employers from Twitter Inc. to DoorDash Inc. have also slashed jobs, while companies including Lyft Inc. are scaling back on offices.

“With tech industry being the dominant player in San Francisco and throughout the San Francisco Bay area, we’ve seen the return to office be among the lowest in the nation,” said Colin Yasukochi, executive director of CBRE’s tech insights center. “Combined with that economic weakening, San Francisco’s probably been the hardest-hit market in the country in terms of its office vacancies rising.”

To contact the author of this story: Natalie Wong in New York at [email protected]