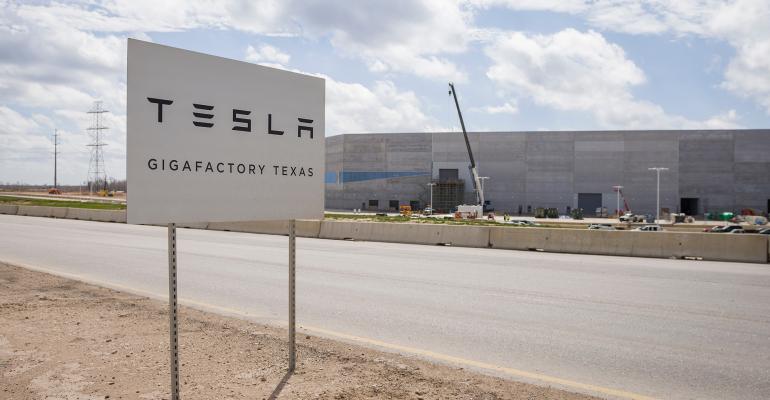 The program, known as Chapter 313, provides property tax breaks for as long as 10 years in exchange for business investments.

(Bloomberg)—A key incentive used by Texas to land multibillion dollar investments from firms like Tesla Inc. and Samsung Electronics Co. is set to go away, sparking a rush by companies to lock down the tax breaks.

More than 75 applications were tallied in just the first quarter, more than were seen in some entire years recently. The program known as Chapter 313, which provides property-tax breaks for as long as 10 years in exchange for investments that can range from small solar farms to semiconductor factories, shuts down to new entrants at the end of December.

The frenzy shows how much companies value the incentives -- which totaled almost $11 billion in the two decades through June 2020 -- and the potential risk for Texas as they go away amid bipartisan skepticism about whether these types of programs pay off. The state has posted one of the country’s fastest growth rates in recent years, boosted in part by corporate relocations and expansions that tapped into the Chapter 313 program.

“We will be less competitive for a lot of these major high-profile, capital-intensive projects,” said Ray Perryman, who runs an economic research firm in Waco, Texas. The “cost of doing business relative to other states is going to go up.”

More than a dozen bills were filed to replace Chapter 313 last year, but legislators rejected them all. Doubts about similar programs have also cropped up in Wisconsin, New York and throughout the country, as is often the case whenever the wealthy owner of a professional sports franchise threatens to move the team unless it gets taxpayer money for a new stadium or arena. But the stance is a bit more surprising in Texas, a state known for its business-friendly stance.

The Texas Public Policy Foundation, a conservative think tank, argues that targeted tax breaks are unfair and increase the burden on everyone else. On the other side of the spectrum, Good Jobs First, a group that mostly aligns with liberal causes, also sees these types of programs as corporate welfare. The Washington-based research center found that 52 mostly low-income districts in Texas lost more than $1,000 in revenue per student in one year because of Chapter 313 agreements.

“The vast majority of projects receiving Chapter 313 abatements are energy projects, which means that geography and infrastructure, not tax breaks, are the primary reason they are built in Texas,” Brent Bennett, a policy director at TPPF who testified against Chapter 313 last year, said in an email. “Most of these projects would be built without the tax breaks.”

Supporters of the current program say it has been paramount in bringing in large scale, capital-intensive investments -- with the state comptroller estimating last year that the total is more than $200 billion since its inception in 2001. Governor Greg Abbott has said that Chapter 313 helps drive economic growth, and a spokeswoman said he will work with lawmakers in the legislative session next year to ensure Texas has attractive incentives.

One win frequently touted by Abbott is Samsung’s plan to build a $17 billion plant in Texas, one of the biggest foreign investments in U.S. history.

In January 2021, a company executive approached school superintendent Devin Padavil with a compelling offer. If the school board in Taylor signed off on property-tax breaks that would save the South Korean manufacturer about $300 million in taxes over a decade, the company would give the district $46 million in direct payments.

It was an easy decision for Padavil, since the deal brought in money the district wouldn’t have gotten without the factory. In late November, Samsung announced it would build the plant in Taylor, a small city outside Austin best known for its barbecue restaurants.

“The opportunities are immeasurable,” Padavil said in an interview at the time.

For now, conversations are underway between state legislators, business groups and economic development councils to find a replacement for Chapter 313 that will pass muster with lawmakers. In February, Texas house speaker Dade Phelan said that the legislature was prioritizing a fix. The governor’s office and economic development officials say they are confident a suitable replacement will be found.

“Texas will get something on the books early next session that will continue to make Texas the best state in the country when it comes to large scale capital investments,” said Glenn Hamer, president of the Texas Association of Business.

--With assistance from Michael Smith and Michael Tobin.