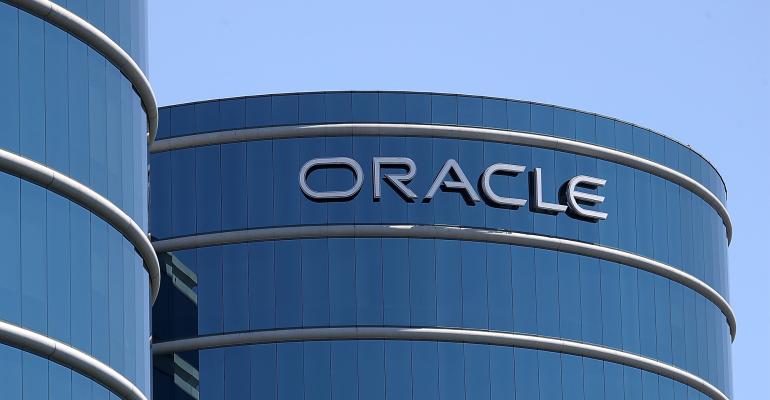 Oracle Lured to Texas by Lower Payrolls and Labor Pool

Oracle has a campus in Austin, opened in 2018 to local fanfare, which it said could eventually house as many as 10,000 workers.

(Bloomberg) -- Oracle Corp.’s surprise decision to shift its headquarters to Texas from California marks a strategic realignment for the Silicon Valley stalwart that’s likely to yield long-term financial benefits such as lower payroll costs and the potential to more easily recruit future employees.

The world’s second-largest software maker said last week that it would no longer designate its longtime base in Redwood City as its main office, ending an era for a company that helped define the technology industry through the 1980s and 90s. The embrace of Texas seems designed to curtail costs over time, in contrast to the San Francisco Bay Area, which has grown increasingly expensive for corporate payrolls and individuals.

Hired, a company that matches companies with tech employees, found in a 2020 analysis that the average tech worker in the Bay Area made $155,000 this year. Average tech salaries in Austin jumped 10% to $137,000.

Oracle has a campus in Austin, opened in 2018 to local fanfare, which it said could eventually house as many as 10,000 workers. Larry Gigerich, a consultant who worked with Oracle in 2013 when it expanded its Texas workforce even before building the campus, said the company was keen to increase its presence there because even then competition for labor had grown intense and expensive in California.

“Because of cost structure issues and because of the migration of talent that we’ve seen across the country, companies like Oracle have said, ‘there’s talent in other places we can find at a different price point,’” said Gigerich, executive managing director of Ginovus LLC. “‘The tax and regulatory environment is better in most places than it is in California and we ought to take a serious look at it.’”

Still, it’s unlikely that Oracle’s California tax burden will significantly decline in the short term with the move to Austin, financial experts said. Companies like Oracle pay about 8.8% of earnings on business conducted in California, according to Joseph Bankman, a professor at Stanford Law School. While Oracle will still owe the Golden State additional levies for local payroll, property and some deals after the move, California should be concerned about the long-term implications.

“There’s probably a symbolic part to this -- contempt for California’s regulations or liberal politics -- but I think there’s probably a real part of this, too,” Bankman said in an interview. “In time, jobs will shift and Texas employees will pay less taxes.” The rise of telecommuting, at Oracle and elsewhere, also leaves California “vulnerable,” he added.

Oracle’s revenue has stagnated much of the past decade and Executive Chairman Larry Ellison has been on a quest to remake his 43-year-old company so it can thrive in an age of internet-based computing. The Austin area, which is home to Dell Technologies Inc., has emerged as a major tech hub with the influx of large companies building satellite offices there, including Apple Inc. and Facebook Inc. Despite its growing popularity, the city has a lower cost of living than major coastal cities and Texas has no personal state income tax.

Before it launched its new campus, Oracle expanded in Austin from the leased office sites where it was housed. In 2013, Texas agreed to give the company $1 million in subsidies for Oracle’s decision to spend $5.4 million on building renovations and equipment, as well as add 200 jobs from 2013 to 2017 to its Austin workforce of 1,100, according to Texas public records. The deal was subsequently amended, pushing back the state’s payout and Oracle’s promise to add workers beginning in 2014.

The headquarters move also underscores the declining relevance of a central office during a coronavirus pandemic that has forced corporate employees to work remotely. Companies such as Hewlett Packard Enterprise Co. and Palantir Technologies Inc. also decided to depart California this year, raising questions about whether the state will be able to hold its grip on a homegrown industry.

Texas has tried to spur corporate relocations through a combination of generous financial incentives and naked public appeals. But a spokeswoman for Governor Greg Abbott said the state didn’t give Oracle any incentives to change its headquarters nor did it provide any special benefits for the 2018 campus in Austin.

“They are looking for a state that gives them the independence, the autonomy and the freedom to chart their own course,” the governor said in a CNBC interview last week. “And those are word choices used by people like Safra Catz, used by people like Elon Musk.” Musk said earlier this month that he has personally moved to the Lone Star State, where his rocket company, Space Exploration Technologies Corp., tests its engines and is building a new spaceship.

Ellison, who co-founded Oracle and remains its driving force, said he will be living more than 3,000 miles away at his semi-private island of Lanai, Hawaii. Though the world’s 11th-richest person didn’t work at the company’s Redwood City campus each day before Covid-19, he held court often at the compound, hosting executive meetings on his floor.

Oracle didn’t respond to a request for comment on whether Catz will personally leave California for Texas, or additional details about its headquarters decision. When it announced the move, the company said it would “best position Oracle for growth” and would provide employees more flexibility on where and how they work.

“Oracle is moving from the left-wing state of California to the left-wing city of Austin,” Nathan Jensen, a professor at the University of Texas at Austin, said in an interview. Oracle is taking “advantage of a different location that’s not Silicon Valley, that’s not New York. Where Austin is incredible is with human capital and quality of life.”