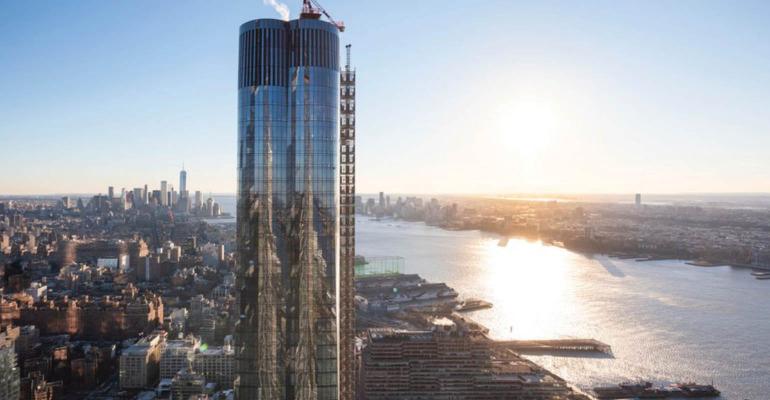 Mixed-use was already a big hit in the retail sector. Now office developers are trying to capitalize on the trend.

A shift to an experience economy is underway, according to the Harvard Business Review, which is evidenced by people increasingly seeking experiences in every aspect of their lives—at a favorite coffee shop or bar, at the gym or at the shopping center.

The desire for uplifting experiences is now invading the workplace, and forward-thinking office developers/owners are cashing in on this trend by integrating office space into mixed-use environments, says Mike Hoeck, San Diego-based senior vice president specializing in office leasing and sales with real estate services firm CBRE. Office space within a mixed-used environment leases up faster and commands rents that are 22 to 33 percent above rents at stand-alone office buildings, he notes.

While office buildings within mixed-use environments isn’t a new concept, it is becoming more intentional as the experiential workplace concept gains momentum among employers as a way to attract and retain talent. “Developers are integrating new office projects with other uses because it creates a more authentic experience than adding retail to office buildings,” Hoeck says.

International design firm Gensler recently released its U.S. Workplace Survey 2019, which sought to better understand issues facing today’s workers and workplaces. The key finding, which resulted from analyzing responses of more than 6,000 full-time employees, was that workplaces with highly engaged employees can drive business productivity and profit. The survey also found that flexibility and choice in where employees work can drive productivity and innovation.

A mixed-use environment provides the best foundation for a great workplace experience, offering employees the most variety in places to work, according to Janet Pogue, principal and global leader of the workplace practice area with Gensler. Gensler is designing two such projects, the shell and core of a 20-story office tower and theater at The Boro Tysons, a mixed-use project by Maryland-based developer The Meridian Group in Tysons, Va.,, and the AT&T Discovery District, a new shopping and dining project with green space being built on the AT&T office campus in downtown Dallas.

The Boro Tysons, formerly known as Tysons Corner, already had high-end retail and some office space on the site, but over the last few years, office development in the area has exploded, according to Pogue. Existing tenant Capital One is currently building a bigger presence at the Tysons development, and the Pentagon employees’ credit union, PenFed, and Intelsat, a satellite communications provider, are relocating their headquarters here.

Gensler is also working with office tenants at New York’s Hudson Yards, a 28-acre, $25 billion megaproject with 18 million sq. ft. in the Manhattan West submarket. “A big part of the lure and decision-making by tenants is the shared amenities at Hudson Yards,” says Pogue, noting that key questions tenants ask include: “What amenities do I need to provide, and how do I leverage shared amenities, like the fitness center or food services, for my employees?”

While rents at the project vary according to location and footprint size, The Real Deal reported that the latest rent deals at Hudson Yards were north of $130 per sq. ft.  In 2018, office rents in the Manhattan West submarket rose by 49 percent over the previous year to $91.64 per sq. ft., but since Hudson Yards opened, this submarket has the second most expensive office rents in Manhattan, averaging $118 per sq. ft., according to CBRE data.

Both projects are attracting a variety of tenants, including life science, software, real estate, marketing and financial services clients, Hoeck notes. One Paseo, which is in pre-leasing mode, will also house legal, high-tech, banking, consulting and accounting firms, as well as a co-working operator.

“Westfield didn’t originally design Westfield UTC to include office space, but it worked like magic,” Hoeck says, noting that CBRE was the first Westfield UTC office tenant, locating the new Central San Diego Workplace360 office in a 33,000-sq.-ft. space on the third floor. The new office provided CBRE an opportunity to showcase this concept for its San Diego clients.

When the CBRE office opened, “Westfield’s light bulb went off,” Hoeck says, noting that this was when Westfield realized that upper-level space commended higher rents from office users than retailers.

Meanwhile, some developers are playing off existing mixed-use environments to create experiential work facilities for tenants. For example, Cisterra Development is currently at work on 7th & Market in downtown San Diego, which has a plethora of retail and entertainment in its Gaslamp Quarter. This $400 million project, adjacent to the Petco Park, includes 156,000 sf. ft. of class-A office space, a high-end grocery store, hotel and residential components and a large public space.

A number of developers are attempting to do these types of projects, according to Hoeck, but it can be a tricky undertaking because of differences in building bones between uses, including electrical, mechanical and design elements like windows and ceiling height.