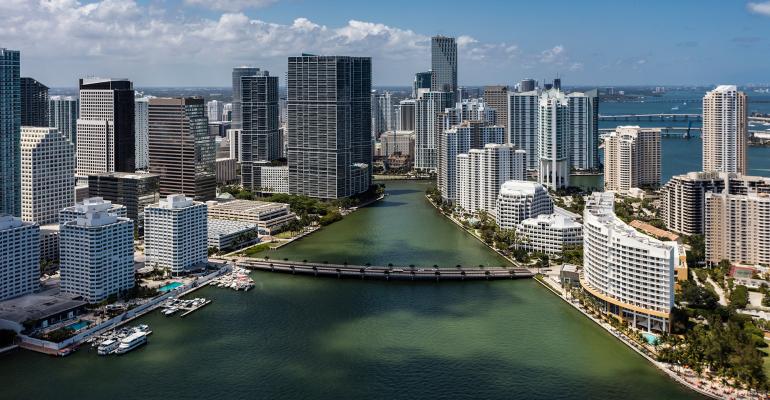 Related Cos. is working with Hong Kong-based Swire Properties to develop a supertall office building at One Brickell City Centre.

(Bloomberg)—Related Cos., the developer behind Manhattan’s Hudson Yards project, is making its first foray into the Miami office market.

The real estate firm, led by billionaire chairman Stephen Ross, is working with Hong Kong-based Swire Properties to develop a supertall building in Brickell, a key commercial district in Miami, according to a person familiar with the matter.

Swire recently filed applications with the Federal Aviation Administration to get approval for the roughly 1,040-foot (317-meter) skyscraper, dubbed One Brickell City Centre.

Miami has seen a surge in office leasing since the pandemic started as companies increasingly target Florida for new offices. Ross said in a statement that New York-based Related plans to start work in 2023 on Florida’s “tallest and largest office tower” in Brickell, with the building looking to attract the “tech and financial companies flocking to Miami.”

Other supertall towers are also being planned in the region, such as a 100-story Waldorf Astoria Miami. The new buildings would be on par with Manhattan skyscrapers: One Vanderbilt, the new tower across from Grand Central Terminal, is 1,401 feet tall.

Related has been an active developer in South Florida, especially in West Palm Beach, where it has attracted Goldman Sachs Group Inc. and Steve Cohen’s Point72 Asset Management.

Ross, who is also an owner of the Miami Dolphins, is worth an estimated $8.4 billion, according to the Bloomberg Billionaires Index.