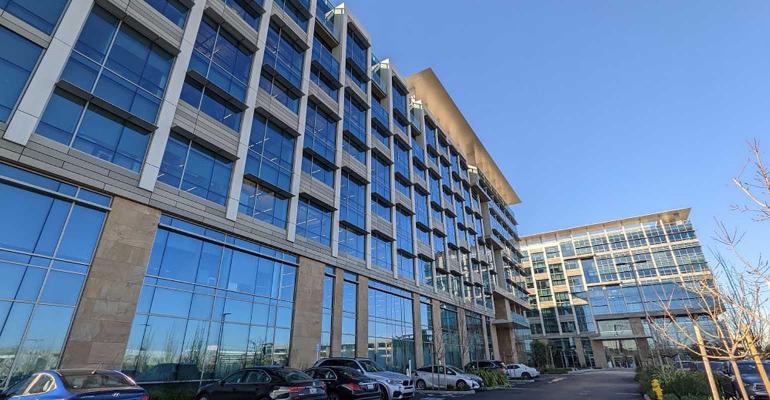 The sales price for the Silicon Valley campus was $707 million after Tishman Speyer paid $356 million for the same campus last April.

(Bloomberg) -- A Silicon Valley office campus leased in December to Meta Platforms Inc. is selling for twice the price paid last year when Tishman Speyer acquired the property, a sign of confidence even as the tech industry’s return-to-office plans lag.

CommonWealth Partners, a Los Angeles-based investment firm with $10 billion in US real estate, bought the property from Tishman, according to a statement Thursday. The sale price was $707 million for the 719,000 square-foot (67,000 square-meter) complex, according to a person with knowledge of the deal who asked not to be named citing confidential details.

“The sale and the lease demonstrate that Silicon Valley remains a global center of innovation,” Tishman Chief Executive Officer Rob Speyer said in the statement. “Moreover, this deal demonstrates that the market for highly collaborative, well-designed office space with accessible green space and top-level amenities is still strong.”

With this latest deal, CommonWealth Partners will expand its presence in the Sunnyvale area to more than 1 million square feet.

“The acquisition of a top-quality asset in this dynamic submarket that has become a hotbed for expansion by Google, Amazon, Meta and other high-credit tech companies diversifies our portfolio’s tenant mix and reinforces our commitment to being a leading provider of high-quality office space in the region,” CommonWealth CEO Brett Munger said in the statement.

Tech companies have been among the most aggressive renters of US office space even as many employees continue to work remotely.

Office utilization in Silicon Valley’s San Jose area was 32%, compared with a 41% US average, according to data from Kastle Systems for the week through June 1.

The office-vacancy rate in Silicon Valley was 15.2% in the first quarter, according to Jones Lang LaSalle Inc.

“As companies reopen, an uptick in leasing activity is anticipated,” the brokerage reported.

After years of steady growth, tech stocks have been among Wall Street’s biggest losers this year, with job cuts becoming common. A Meta spokesperson said last week the company has no plans for staff reductions. Shares of the Menlo Park-based social-networking company are down nearly 42% this year through Wednesday.

To contact the author of this story:
John Gittelsohn in Los Angeles at [email protected]