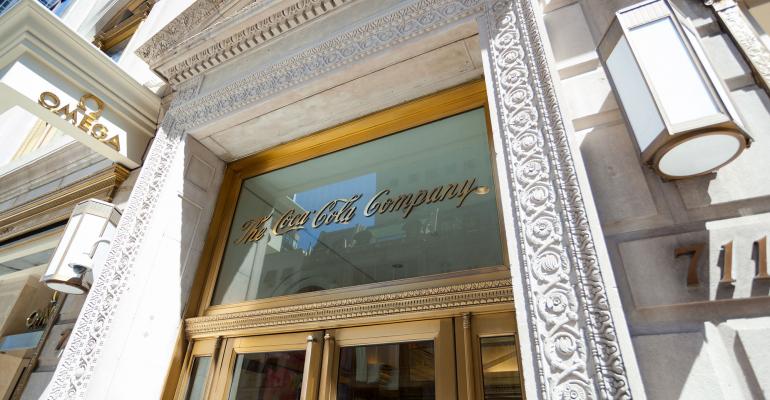 The deal comes just a month after Nightingale Properties and Wafra Capital bought the property for $909 million.

(Bloomberg)—Talk about a fast flip: Just a month after it sold for $909 million, Manhattan’s Coca-Cola building has changed hands again, this time for $955 million.

A partnership including developers Michael Shvo and Bilgili Group paid that price for the 18-story property, on Fifth Avenue and 55th Street, in a deal that closed this week, according to a person with knowledge of the transaction. The sellers were Nightingale Properties and Wafra Capital Partners, said the person, who asked not to be identified discussing a private matter. The sellers’ purchase was completed in August, New York City public records show.

The new owners will keep the tower, which has a history dating to 1927, as an office-and-retail property, while enhancing its amenities and public spaces, according to Shvo’s website. Such a project would be a new direction for Shvo, whose focus has been on high-end residential developments, such as the conversion of a portion of Fifth Avenue’s Crown Building.

Shvo couldn’t be reached for comment. Wafra, an investment arm of the Kuwaiti government, declined to comment, according to a person who answered the phone at the firm’s New York office. Nightingale and BLG Capital, the real estate private equity firm run by Serdar Bilgili, didn’t return messages seeking comment. The transaction was reported earlier Thursday by the Real Deal.

Coca-Cola Co. inherited the tower in 1983, through its purchase of Columbia Pictures. Bloomberg reported in December that the beverage company hired brokers to sell the property, which counts boutique investment bank Allen & Co. and Sandler Capital Management among its tenants. The Polo Bar by Ralph Lauren remains even after the fashion company’s decision to close its flagship store in the same building.