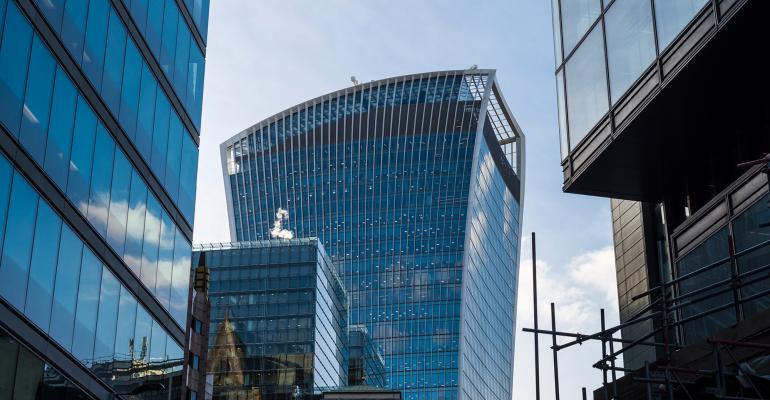 Availability was close to 31 million sq. ft. in August 2022, according to real estate data fir CoStar. The last time there was close to this much empty space, office values plunged, causing billions in commercial real estate loans to sour.

(Bloomberg)—Office availability in central London is at its highest level in more than 15 years, the latest sign of how the pandemic-driven shift to remote working is upending demand for commercial property.

The last time there was close to this much empty space, office values plunged, causing billions in commercial real estate loans to sour. Availability in the aftermath of the global financial crisis peaked at 28 million square feet in mid-2009, according to CoStar, whose dataset goes back to 2005. The amount of square footage available in the capital has continued to rise this year, although at a slower pace than in the previous two years, CoStar found.

The data is also likely to worry those bosses who have been pushing for a widespread return to the office. Right now less than half of workers in the UK’s banking sector go into the office on an average day, and less than a fifth of insurance sector employees do so, according to a survey by consultancy Advanced Workplace Associates.

--With assistance from Jack Sidders.