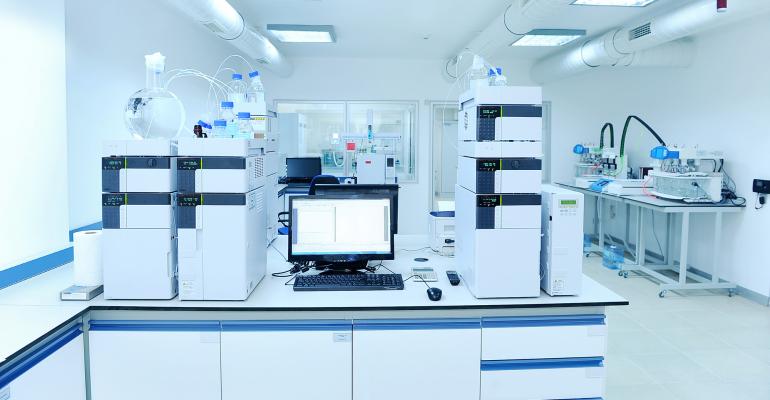 Life Sciences Might Be the “Least Disrupted” CRE Sector

In the midst of a pandemic, demand remains strong for life science buildings in major metropolitan areas, according to industry experts.

“Without a doubt, life sciences [sector] has fared the best over the last 60 to 90 days. Not surprisingly, it’s at the center of the crisis, if you think about all the mission-critical research that is happening right now,” says Steve Purpura, vice chairman with real estate services firm CBRE who directs the firm’s life sciences practice group, Northeast division. “As a society we’re much more vulnerable than we thought we were 90 days ago, and I think once we work our way out of this, there’s going to be a lot more capital going into the life sciences sector. All in all, by far, I would say the most positive news of any of the sectors that we deal with is in life science.”

The unemployment rate for life, physical and social science occupations, a broad field that includes chemists and epidemiologist as well as historians, political scientists and urban planners, averaged 4.2 percent in March 2020, according to the U.S. Bureau of Labor Statistics. Total U.S. unemployment rate in March was at 4.4 percent.

Typically, there are about one half to two thirds fewer people per sq. ft. working in a lab as there are in traditional office space, says Jeff Tompkins, founding partner at SGA, a New York City-based architecture, planning and design firm. Most labs require a significant amount of training before a person is qualified to be in or utilize lab space. That n itself limits the amount of people in a lab.

“The pandemic is shining a global spotlight on the increased need for R&D to fight this and future healthcare challenges. Cleary, life sciences remains an investor favorite and a space in which CA Ventures is fully committed,” says Russell Brenner, president of medical office and life sciences at CA Ventures, a Chicago-based real estate investment company.

Based on what the firm’s executives are hearing from its capital partners and universities, it expects investor appetite for R&D space to continue to grow. As a result, “we are bullish on the sector’s long-term outlook as we continue to evaluate how COVID-19 is impacting this and other real estate sectors,” Brenner notes.

There might even be a greater desire among investors to reposition existing traditional office buildings for life science use as office tenants are expected to move away from dense environments. The Boston market was already seeing the conversion trend before the COVID 19 pandemic and may see more micro life science clusters developing as the repositioning of office space continues. About 75 percent of the new work SGA has received during the COVID-19 pandemic is new life science projects, according to Tompkins.

The Boston area contains the largest U.S. life sciences cluster, and so is a good proxy for the U.S. life-sciences market, according to CBRE sources. The vacancy rate for lab space in Boston was at 7.5 percent in the first quarter, according to company data. There are 2.5 million sq. ft. of new life science space under construction in Boston, with 67 percent of this space pre-leased. An additional 1.3 million sq. ft. is shovel-ready, meaning the project is ready to go, but has not yet broken ground.

“We felt there [were] going to be some emerging markets that had more life science space and more life science activity,” says Purpura. “Coming out of this, I think that’s definitely going to be accelerated because the federal funding is going to go to, not just Boston-Cambridge, San Francisco, San Diego, it’s going to go to the institutions in academia and healthcare that are in major metropolitan areas.”

Philadelphia, New York City, Chicago and Atlanta are some of the markets that could benefit, he notes.

There is a strong possibility the New York City’s life science sector “could take off in a more robust way over the next three to five years,” as building acquisition costs might drop to a point where purchasing buildings previously occupied by office users can pencil out for life science users and investors, says Tompkins. These acquisitions and repositioning efforts would mostly likely occur with class-B and class-C office buildings.

“I recently spoke with an investor, mostly in conventional office, and they just dabbled into a speculative lab development in a major market. They reported to me that it was their best-performing building in their entire portfolio, which stretches nationally,” says Ian Anderson, CBRE’s Americas head of office research. “So, I think that says something. I think with the sector being more resilient, less impacted than a lot of other industries, and obviously it’s front and center in this particular crisis, it only reaffirms the long-term views and support behind this sector.”

Investors who are already active in the sector will continue to stick with it and those who were considering it might see its potential growth as a source of stability for their portfolios, Anderson says.

However, the life science sector is still seeing some fallout from the pandemic-related shutdowns.

“I want to be clear, the biotech industry, like all industries, has definitely been disrupted, it’s just [that] it’s been the least disrupted of all the different sectors,” says Purpura. “If hospitality is at one end, then life sciences is [at] the other, but still obviously dealing with it.”