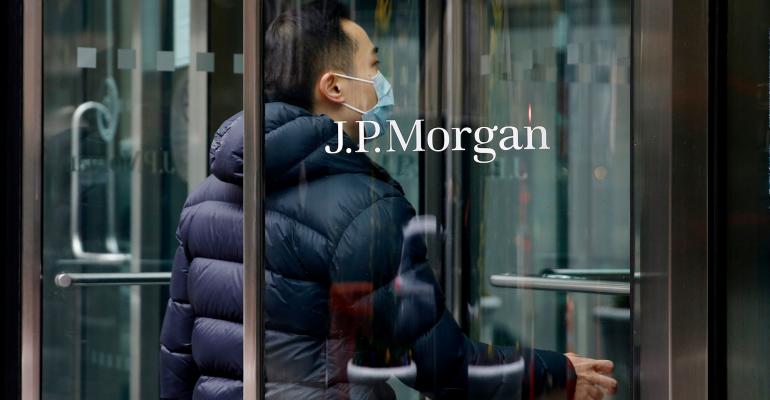 JPMorgan Reopens Offices Across U.S. as Pressure Grows on Rivals

JPMorgan is at the forefront of the nation’s four giant commercial banks.

(Bloomberg) -- For JPMorgan Chase & Co., it’s another step toward post-pandemic normal, but for the U.S. financial industry it’s a bellwether.

The nation’s largest bank, which often sets norms for the financial world, reopened offices to employees across the U.S. on Monday. The move includes locations in Ohio, Texas and Arizona that -- unlike the bank’s New York headquarters -- had been left at least partially shut in the wake of pandemic lockdowns. It’s all part of the firm’s plan to call back its entire U.S. workforce, at least on rotations, in early July.

In recent days, a growing number of state and federal authorities have eased pandemic restrictions and set dates for reopening office buildings and businesses in the weeks ahead. Their pressure on employers mean JPMorgan’s reopening will probably be watched closely by major financial firms, which in turn may adjust plans depending on how it goes.

For now, JPMorgan is at the forefront of the nation’s four giant commercial banks, which include Bank of America Corp., Citigroup Inc. and Wells Fargo & Co. Bank of America, for example, said in mid-April that it will probably maintain partial in-office staffing until Labor Day in early September. One exception is Wall Street-focused Goldman Sachs Group Inc., which aims to return U.S. staff by mid-June.

JPMorgan, like other firms, kept offices open to essential personnel through the pandemic. Last month, it announced it would open U.S. offices to all employees on Monday, subject to an occupancy cap. “You should start making any needed arrangements to help with your successful return,” the company told employees in a memo at the time.