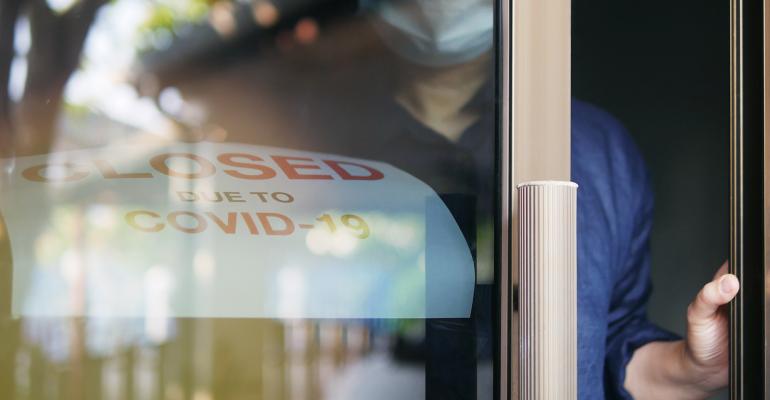 How JLL Is Handling Its Workforce’s Office Reentry

The real estate services firm has reopened 75 offices recently. We spoke to CEO of Markets John Gates about the reopening process.

As some states enter new phases of reopening, while others confront rising infection numbers, office tenants across the nation are facing the question about when they should start bringing their people back from remote working and what infection prevention measures they should institute. Real estate services firms are no different in that respect, though they do have a lot more property management expertise on their side. For example, last week real estate services firm JLL reopened about 75 of its U.S. offices, including its headquarters at Chicago’s Aon Center. It aims to have up to 100 U.S. offices reopened by the end of July.

To get a sense of how JLL is handling the comeback of its own staff and what office tenants should keep in mind if they want to start bringing employees back, NREI spoke to John Gates, CEO of market, U.S. and Canada, with the company. Here’s how he describes the process.

NREI: What are you biggest offices in the U.S. that have reopened or are slated for reopening, besides the Chicago headquarters? 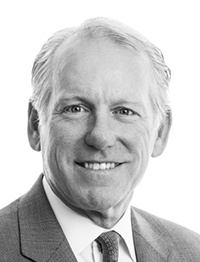 John Gates: In addition to Chicago, our biggest cities are New York and Washington, D.C., as well as Dallas and Atlanta and Houston. And the logistics kind of vary. Chicago is a huge building vertically, so that alone presents challenges. The Dallas building, where I am based, is not as big, so it’s not as much of an issue. You can just as soon take the stairs as wait for the elevator.

You worry about how people get to the office. In New York, public transportation is our biggest concern. I suggested that if people can’t walk to the office, they hold off on coming back. And then you want to make sure that the space itself is not physically dense and that people can keep their physical distance. So, all of those factors play into your thinking about how to reopen.

NREI: How did JLL make the decision about when to start bringing employees back?

John Gates: The first thing, we comply with whatever the regulatory authorities have suggested. Once cities and states say you can open, they are prescribing densities and we are following those rules. And then [JLL] local leaders have to be 100 percent confident that our properties are safe. We’ve taken local leaders in initially very small numbers to walk the space and feel comfortable the buildings are ready and that they have meaningful safety measures in place. There’s touchless hand sanitizer everywhere, directional signage, we supply every employee with two masks. Many people have said, “It’s the safest building I’ve been in outside of my home.” It’s a very comfortable environment because you don’t feel, “Oh my gosh, we are too close together.”

NREI: In terms of who’s going to be coming back first, how is that being decided? Is it based primarily on role or on desire to come back?

John Gates: To start with, we would suggest that anyone that is in an at-risk demographic, we’ve said, “Please don’t come back.” If you have an elderly parent that you live with and take care of, we don’t want you to come back. And then we look at the role, client-centered roles would be a prioritization. In some cases, [making it work] involves multiple shifts. In others, we don’t have too many people coming in. We have people that don’t want to be back yet because they don’t want to be out of their homes a minute more than they have to. We also have a lot of people who are anxious to be back. I get a lot of notes that it’s great to be back and be six, seven feet from people, but be able to talk to them.

NREI: Many companies are conducting surveys among their employees about whether and when they’d like to come back. Did JLL conduct its own survey?

John Gates: Yes, we have, including among our clients. What you find is that 85-86 percent of people say: “I definitely want to have a place to come back.” That varies, for a lot of reasons. Again, I am getting so many notes that the collaboration [in office] is great. Young analysts are so glad to be able to ask questions at a greater frequency and learn faster. It’s frustrating that we can’t all be back, but that’s not going to happen for a while.

NREI: Some of the areas that seem to be the sticking issue with office buildings and that people are still looking for viable solutions for are the elevators, the break rooms, the bathrooms. People need to use all of those. How do you limit occupancy in those rooms?

John Gates: One, we have directional signage, and people have been very respectful of that. I sometimes take the long way around to make sure I follow it. And then it’s not hard to set it up so you don’t have more than one person in those small spaces. We have foot lights in the break room, so if you tap your foot in there, it lights up, and people know someone’s already in there. If you had everyone back, it would be a very big challenge. But when you have a third of people, it’s not as much of a challenge. In an office building there is an easy way to control so many variables. In an office building, it doesn’t matter what your view on masks is, you wear a mask or you don’t come. We’ve been very clear with our leaders that we have to set these guidelines. I’ve not had anyone complain about it. I live in Texas, there are a lot of independent people here, but it’s a rule. You can’t smoke inside anymore either. Well, you can’t be inside without a mask.

NREI: How did you physically prepare the office layouts for reopening? What changes have you made to the workspaces themselves?

John Gates: What we did, before we let anyone back, we took the architectural drawings of our buildings and then we had architects essentially do the geometry and eliminate for usage seats that would not allow you to be at least six to eight feet apart. Small conference rooms are not available for use. Large conference rooms, we’ve taken away many of the chairs. It would not be possible to bring every single person back and do it in the same manner. But folks who are more productive in the office and wanted to be back, we invited to come back.

NREI: How long did all the changes take to implement and how expensive were they?

John Gates: It’s not hard to do it. There is a question of can you get the supplies? Most people have their own masks, but we wanted to provide a lot of masks, a lot of touchless hand sanitizers, touchless hand towels. We buy [those types of] materials anyway because of the buildings we are in and so we have not had problems in getting access to those things. It costs more than business as usual. The cost really depends on how many offices you have and how large they are.

We’ve put in more cleanings than we normally have. We talked to many infectious disease specialists, epidemiologists and public health officials, and they are far more concerned now about air spread than they are about touching things, but we haven’t relaxed those standards.

NREI: What were the biggest challenges you’ve experienced?

John Gates: In some cases, we’ve had more people want to come back than we felt was safe, so we had to tell them “You can’t” or we had “A” and “B shifts. Beyond that, if you think of Chicago, it would be a lot of challenges to have a lot of people come back to that building, just because of the elevators, we don’t want to have more than two people in there at a time. But overall, it’s been pretty smooth, it really has. There are so many buildings where that has not been a challenge.

NREI: So, right now you are at 25 percent capacity. Once local authorities allow it, when do you foresee JLL as a company making the decision to go up to 50, 75, 100 percent?

John Gates: The local government allows you to do it, but it doesn’t compel you to do it. We are only going to do it up to what we deem to be a safe environment. It’s a question of do you have private offices or open plans? But we would just continue to follow the same rule plan and not occupy the same density that would get people closer than six-to-seven feet to each other. If someone said “You can go to 100 percent,” we would not do that right now.

NREI: How much time would you recommend office occupiers give themselves to prepare for reopening and solve any challenges?

John Gates: I would start by having conversations with whoever manages the building. You would normally be talking to someone like us. We would have the same standards for the buildings we don’t occupy as for those we do. We have plenty of collateral material that we are giving to many clients, we are hosting calls with clients and peer-to-peer calls where they share best practices with each other and tell us what they need us to do for them. So, my suggestion is to consult with their real estate service provider. We ask that they tell us what their requirements are, and what their requirements for other tenants in the building might be [in terms of infection prevention]. Because you control your own space, but you have no control over other tenants in the building. The nice thing about this is that we have so much access to our clients and people who are not clients, because they are asking the same questions you are. We are sending them materials, we are on calls with them all the time.

NREI: With full acknowledgment that we are all just prognosticating right now, what’s your outlook for the demand for office space? Some people are saying there will be less of it, others are saying demand will go up because of social distancing requirements. And then there are those who say those things will cancel each other out.

John Gates: Well, we do have the benefit of being able to speak to many, many people, but obviously I don’t have a crystal ball. It feels like a long time to us, but really, it’s been four months. And so, for people to declare something definitively, t’s probably too early. Our surveys tell us that 85-86 percent of people want a place to go back to. And 95 percent of our clients said they had no long-term plan to change their occupancy requirements. We will get to a point where we’ll have an effective treatment or a vaccine and office usage will return. People like to be with others. Will you see a change or an acceleration of current trends? Yes. We already had some people working from home, so it’s not really a change. You will see some companies make shifts, but I don’t think it’s going to be large-scale. Most companies anticipate a return to normalcy when they can, with some changes.