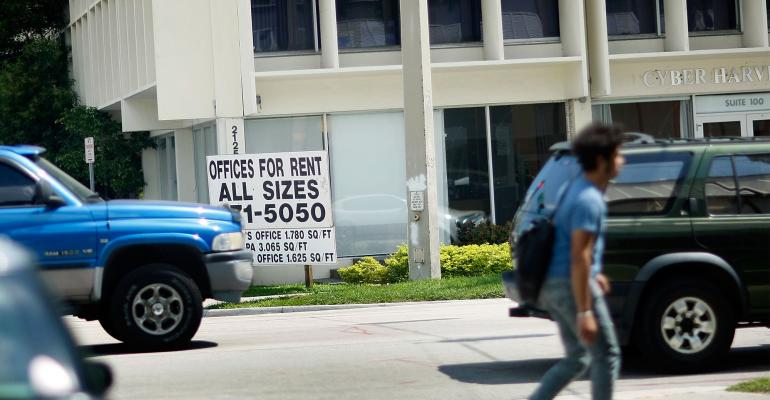 How COVID-19 Reshaped the Landlord-Tenant Relationship

One aftereffect of COVID-19 has been a move toward more flexible, short-term leases from office landlords.

When I started my career in 2004 as an analyst within the commercial real estate industry, times were good, and the education and training I received was very much in line with the industry norms and standards. In those first three years, tenants were taking on more space than they needed, with aggressive growth plans in mind. They could afford to sit on some unoccupied space for many months, while business was booming. As long as tenants could find what they believed would be enough space for the foreseeable future, they were happy. The real winners though in those negotiations were the landlords, who had the upper hand and could fill spaces with relative ease and long-term commitments from tenants.

But no bullish market lasts forever. When the 2008 economic downturn arrived, it left many companies, especially those that had more space than they needed, scrambling for cover. Subleases emerged at a rapid pace and that was a viable solution for some. Yet it really took a longer time for society and the landlord/tenant equilibrium to recover.

Now that COVID-19 has disrupted the regular course of business again, there’s both an impulse and a tendency to assume that the same course of action will take place in response to another decline in the real estate market. I anticipate that the number of subleases will rise again as a necessary option for companies looking to shed space in the short term, and a new normal will set in ahead of office leasing velocity restoring to regular rates in the coming years. However, there is one fundamental shift we have never seen before: landlords entertaining far more lease flexibility than they have traditionally offered.

For as long as I can remember, tenants have requested shorter-term leases than the typical 5-10 year terms that landlords require. Over the past few months, for the first time I can recall in my career, landlords have started calling me directly with an open space in mind asking if I have any clients who’d like to tour. While these types of conversations take place all the time between tenant representatives and building representatives, it’s the balance of power that has clearly shifted already, with landlords initiating discussions about lease flexibility that go against their typical desire for long-term leases.

Our discussions last year about two-year leases largely fell on deaf ears with these same landlords. Now, they are reaching out to renew talks about those types of deals because they’ve awakened to the possibility that in the current climate it might be the best course of action for both sides. Right now, the tenant hopes to stabilize their business and to project what this global health scare will mean for them. And the landlord is hoping in the long run that the market bounces back in their favor. COVID-19 has already forced nearly every landlord to develop their plan to welcome new tenants, those demanding flexibility, into their vacant spaces. Instead of a simple “No,” the flexibility question is at this time being answered with another question, “What does your client need?”

In previous downturns, there was never a direct discussion about the future of office spaces and whether offices need to exist for a majority of companies. All of us who work in this field are paying close attention to the various components at play. What’s evident so far is that the concept of office space must adjust to the times and the current rethinking and reexamining taking place for many clients. Even those who believe their teams work better in the office must consider whether it’s a worthy financial investment for them for reasons related to health, liability and other mitigating factors. That concern has left some landlords sitting on empty space, month after month, and realizing these once coveted spaces may remain that way for a long time. What makes this especially scary is that we can’t compare it to anything else we’ve experienced before.

The flexibility that’s emerging isn’t only happening with regard to the lease term, though. Because of this viable threat that spaces could remain vacant for so long, landlords are more open than before to tenants preparing to take office space right away. From the tenant perspective, the market has already improved in lower asking rents, additional concessions, and a more balanced lease negotiation process. What may have once seemed like a labor-intensive and sometimes frustrating process from their perspective has transformed into a more seamless and more productive interaction for the tenant.

We believe that once schools reopen here in New York City in September, and parents can leave home for longer periods of time than they could have since March, there will be an influx of people looking not only for new office spaces, but to move in quickly. In the past, that prospect would have been nearly impossible to influence, with deals getting held up for weeks with delays around lease language and more. Landlords have instead indicated to us that if someone tours and selects a space in September, they will offer faster turnarounds for teams seeking aggressive move-in dates—which is mutually beneficial. They are likely to be more turn-key solutions focusing on flexibility and the elimination of significant build-out times, a path that growing companies may prioritize over the amenity-driven market we had grown accustomed to pre-COVID-19. A safe office to work from or to visit for a few hours at a time may be more valuable than having access to a terrace, for example.

Getting market momentum back through deals with so-called first movers is the name of the game. Those who are willing to commit early to subleases or short-term leases are likely to receive the best deals and be able to negotiate a more favorable lease in general. We expect this tenant-friendly sentiment will remain the new standard for some time, especially as questions remain regarding how office space will need to adapt to a pandemic-fearing population.

What happens next? What does this all mean for the future? I believe we will, for the first time, begin to see a ‘sliding scale’ of options at different price points, based on what the landlord can offer and what a tenant is willing to pay for. It will all come as part of a larger undertaking to simplify a cumbersome, outdated and sometimes discouraging process for tenants. Landlords, tenants and brokers may all benefit from an expedited deal process, which will minimize deal fatigue for all parties, and tenants won’t have to adhere to a landlord’s one-sided expected lease. A revamped leasing process that addresses the needs of everyone ushers in the bright future I foresee for this evolving industry.