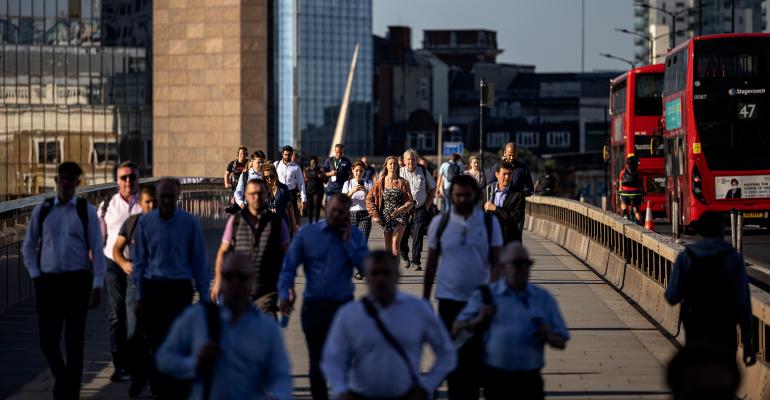 (Bloomberg)—One in five jobs based in the U.K. could be outsourced to other countries in the wake of the coronavirus pandemic, threatening the loss of well-paid white collar employment.

That’s according to the Tony Blair Institute for Global Change, which warned that 5.9 million “anywhere” workers -- from graphic designers to software programmers -- are at risk, many of them in London and southeast England.

“If left unaddressed, the outsourcing and offshoring of these roles would have political, economic and social consequences similar to the loss of manufacturing jobs in the 1970s, but on an accelerated time frame,” the research group said in a report published Wednesday.

The warning highlights the permanent changes to the labor market wrought by the pandemic. The “mass experiment” with remote working means that companies concerned about costs could decide to keep just core staff needed for in-person collaboration and decision making, the report said.

The institute, which was founded by former Prime Minister Tony Blair, called on the government to tackle the threat by improving infrastructure -- such as child care and 5G broadband connectivity -- and training, particularly in soft skills.

Jobs at risk include 1.7 million in finance, research and real estate

Office for National Statistics data show 58% of companies that want to continue with more home-working are motivated by cutting costs, such as office rents in city centers

“Opportunity is no longer determined just by geography but also connectivity,” said Jeegar Kakkad, the institute’s head of innovation and productivity