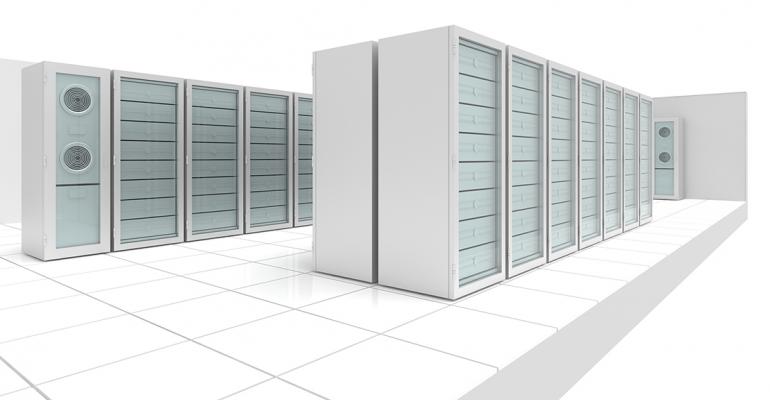 Start Slideshow ›
Overall, CBRE pegs the overall development pipeline as containing 474 MW of capacity in the primary U.S. markets, nearly 55 percent of which is preleased.

With ever-increasing amounts of photos, videos, documents and just about everything else online being saved to the cloud, demand for data centers remains robust. That’s put 2018 on pace to be the most active year yet for data center leasing activity, according to CBRE’s latest U.S. Data Center Trends Report.

In the first half of 2018, the market saw more than 177 megawatts (MW) of net absorption, which is already nearly two-thirds of last year’s record net absorption total, according to the brokerage giant.

In Northern Virginia, the sector’s largest market in the in the U.S. (and the world), cloud users accounted for 65 percent of the market’s net absorption.
“We do not expect to see a slowdown in demand from cloud users in the near future, as end-users continue to migrate their IT needs to the cloud to save costs and for added flexibility,” Pat Lynch, senior managing director, data center solutions for CBRE, said in a statement.
Northern Virginia has added 198 MW of supply since the first half of 2017 and there is an additional 297.2 MW under construction as of the end of the first half of the year. Other markets with big pipelines of new space include Phoenix (61.4 MW), Dallas/Ft. Worth (45.6 MW), Silicon Valley (29.5 MW) and Atlanta (21 MW).

Overall, CBRE pegs the overall development pipeline as containing 474 MW of capacity in the primary U.S. markets, nearly 55 percent of which is preleased.

The firm also reported that U.S. data center investment volume reached $7 billion in the first half of 2018, inclusive of single-asset, portfolio and entity-level transactions.

The year has been highlighted with some big deals. In June, AT&T Inc. said it would sell its data centers for $1.1 billion to Brookfield Infrastructure. The Australian firm Macquarie Group Ltd. is, as of early July, reportedly close to buying a majority stake in T5 Data Centers. And data center REIT Digital Realty Trust Inc. is also in talks to buy Ascenty, a Brazilian data center operator.

“While 2018 investment volume may not reach 2017’s record setting investment of more than $20 billion, we still expect the investment market to produce strong results, driven by sale/leasebacks from enterprise users, cloud users looking for development partners and a continued influx of new investors into the data center sector,” Lynch said.

The following gallery shows the 10 most active data center markets from the first half of the year.