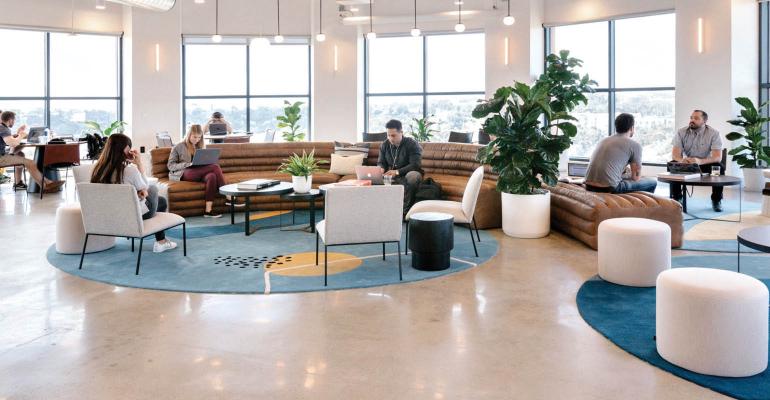 Co-working Operators Set for Expansion in the Southeast

The growing economy in the Southeast sparks greater demand for co-working options in the region.

The co-working sector continues to expand in the Southeast, piggybacking off the area’s job and population growth, according to industry sources.

“[Co-working space in the Southeast] is absolutely expected to continue to grow,” says Austin DuBois, assistant director of Workthere, an office space rental agency launched by real estate services firm Savills in 2017. “We are seeing more and more local and regional providers open their doors and we’re also seeing a lot of groups expand into new locations. So, the supply and demand are growing.”

As co-working’s dominant player WeWork prepares for its IPO filing, a recent Crain’s New York Business article argues that the deal will serve as a benchmark for the valuation of the entire co-working sector.

But the co-working sector is a “very segmented sector of the real estate industry,” and a successful or failed WeWork IPO should not reflect on the demand for co-working services overall, according to Damon Hemmerdinger, co-president of ATCO Properties & Management, a real estate investment and development firm based in New York.

“WeWork is targeting one user group, other national co-working organizations are targeting other groups. Then there are lots of local, individual, multiple-facility brands that are targeting their own niche as well,” says Hemmerdinger. “So, I think WeWork could certainly continue to have a big impact because of its scale, but I think it would be a big mistake to let WeWork stand for the whole industry. It’s much broader than that.”

Flexible space Regus and WeWork represent about two-thirds of all shared space, according to a December 2018 Yardi Matrix report. Other large co-working companies include Spaces, Premier Business Centers, Industrious and Knotel.

“In the United States, [WeWork] is moving away from markets like New York and San Francisco into places such as Nashville, where there has been significant job growth,” says Kevin McNeil, primary analyst with Fitch Ratings. “So, I think to the extent that WeWork is able to raise additional capital and successfully execute this strategy, it could be more difficult for other operators to offer a competing product.”

“We’ve seen a significant growth within the Southeast region over the past years of the number of providers coming into the market and also on the demand side from our clients on looking to utilize flexible offices more in the region,” says Dom Harding, head of Workthere Americas. “We’re seeing a lot of growth out of some of the key markets: Atlanta, Nashville, Raleigh [and] Charlotte. Technology, startups and fast growth businesses are there, and we’re also seeing an area for secondary or satellite offices for perhaps New York or West Coast-based companies or overseas companies.”

As job and population growth continues to fuel the Southeast, the demand for co-working space has followed. Around 66,500 employees were added recently in Atlanta, 36,000 employees were added in Nashville and 24,000 employees in Charlotte, according to DuBois. Tech jobs and satellite offices are increasingly targeting the Southeast region for expansion, in order to tap that growing tech pool and lower taxes in the region. That increases demand for co-working space, as more enterprises recognize value in adding co-working options.

“Because of its flexibility, co-working is an ideal solution when you’re planting a satellite office in a new city,” says Harding. “Additionally, the Southeast has a flourishing start-up community, which also continues to drive demand.”