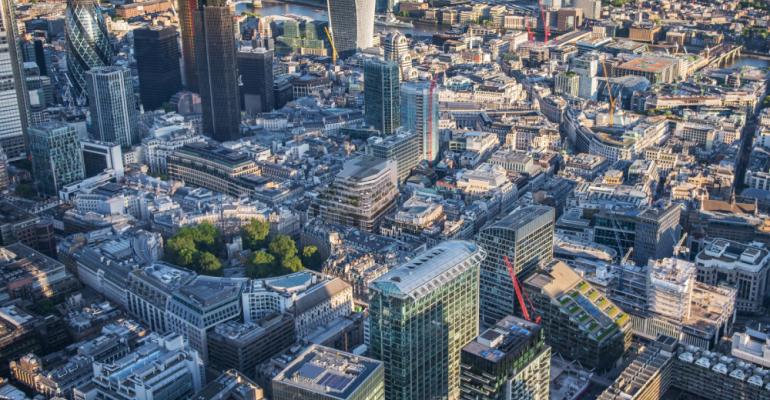 (Bloomberg)—Companies are reviving plans to move offices in London, in a sign that some executives believe in a return to city centers after the coronavirus pandemic.

AllianceBernstein Holding LP is close to signing a lease on new space in the U.K. capital after pausing work on a move last year, people with knowledge of the deal said. The New York-based asset manager is in discussions to rent over 50,000 square feet at 60 London Wall, the people said, asking not to be identified as the plans are private.

The company originally entered negotiations on the space before the coronavirus hit, but suspended talks to reassess its office needs, the people said. A spokeswoman for AllianceBernstein declined to comment.

Asset manager Mondrian Investment Partners Ltd. is also moving ahead with previously shelved plans to rent space in the same building, two other people familiar with the matter said. It is in discussions to rent about 25,000 square feet in the new development, they added.

The decisions are a fresh sign that companies see an enduring role for the workplace even as executives increasingly plan for more flexible working practices. That’s good news for the developers of London’s latest thicket of office towers, at a time when some companies are dumping older space.

The vacancy rate in the City of London has reached a nine-year high, thanks mainly to an increase in surplus space that’s being marketed for sublet, according to data compiled by CoStar Group Inc. However, a shortage of projects means brand new offices can still command high rents.

Aviva Plc has also re-started a search for a new London headquarters that it had put on hold last year, Bloomberg reported last week.