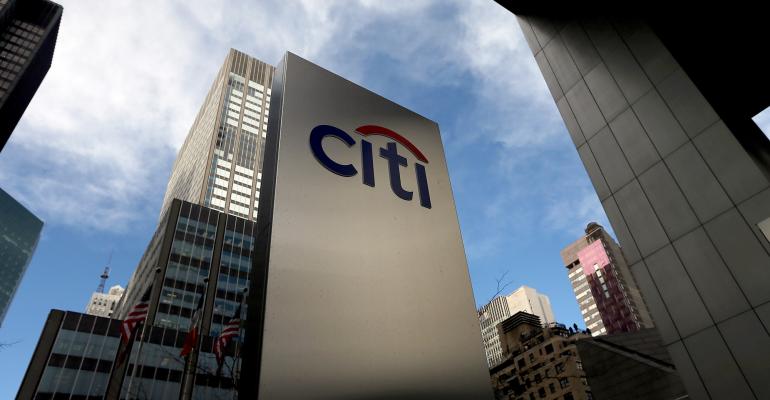 Citigroup will become the first major U.S. bank to make the vaccine a condition of employment.

(Bloomberg)—Citigroup Inc. will require all U.S. employees be vaccinated against Covid-19 as a condition of their employment, citing President Joe Biden’s directive to federal contractors.

The Wall Street giant asked staffers to submit proof of vaccination by Dec. 8, and said those who comply will receive $200 as a “thank you,” according to a memo to staff Thursday seen by Bloomberg News. Citigroup set Jan. 14 as the final cut-off for workers to upload vaccine cards, to give unvaccinated staff more time to get shots.

“Our medical teams have consulted with top experts at some of the most prestigious medical institutions in the country, and are confident about the safety and efficacy of the vaccines available to us,” Sara Wechter, who leads human resources at New York-based Citigroup, said in the memo. “They have advised us that a fully-vaccinated workplace is one of the most important things we can do to keep colleagues healthy when they are on-site.”

U.S. banks have been grappling with vaccine mandates and testing policies as they slowly bring staff back into their facilities. While other major lenders have required vaccines for new recruits or those returning to offices, Citigroup will become the first major Wall Street bank to make the vaccine a condition of employment.

Citigroup told employees in August that anyone returning to offices in the New York area and other major U.S. cities would have to be vaccinated. The new policy expands that requirement to all of the bank’s U.S. workforce of approximately 65,000.

Biden last month ordered all individuals supporting government contracts, as well as anyone who works in the same offices as those employees, to be fully vaccinated. Citigroup counts the U.S. government as a “large and important client,” Wechter said, and after reviewing its operations, decided that the vast majority of its major U.S. sites were affected by the order.

In one example of how far-reaching the mandate is, a team of Citigroup staffers in Delaware supports a government contract, and that means everyone who works in that office must be vaccinated, Wechter said. But it also means that, if the team is supported by human-resources professionals in Tampa or a finance executive in Buffalo, everyone in those sites must also be vaccinated for Citigroup to fully comply with Biden’s order, she said.

“Our people are our most important asset,” Wechter said in the memo. “Please know that this decision was very carefully considered, and we will do all we can to help you comply with this new requirement. We’ve been through a lot, and we are proud of how we’ve all come together to support each other.”

Citigroup will allow those workers who believe they may be entitled to a religious or medical exemption -- as well as any other accommodation required by state or local law -- to submit a request to be exempt from the requirement. The bank told those staffers it would ask them to provide supporting documentation.

While workers in Citigroup’s branches will also be subject to the mandate, they were told they would receive separate information about how the new requirement would be implemented. Citigroup operates 658 branches in six metropolitan areas across the country.