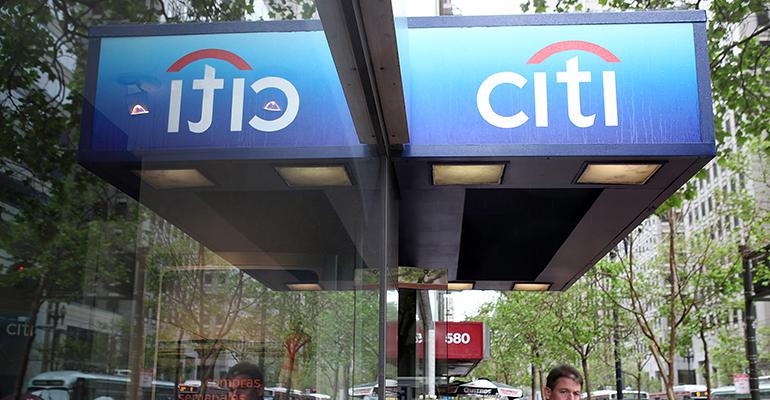 Citi Pulls Back on Plans for Office Return in 13 States

The changes come after infectious-disease expert Anthony Fauci told a Senate panel Tuesday that the U.S. is “going in the wrong direction.”

(Bloomberg) -- Citigroup Inc. is pulling back on plans for returning employees to offices across the U.S. as coronavirus cases surge in many states.

The bank will delay bringing back a small percentage of office workers in 13 states, including Texas, South Dakota, Idaho and Florida, according to a person with knowledge of the matter. Citigroup is still planning to return about 5% of employees to offices in much of the U.S. Northeast, including New York, the person said.

“We have always said our plans to return to the office would prioritize the health and safety of our colleagues and be centered around data not dates,” Citigroup said in an emailed statement. “Consistent with that, we delayed our return to a number of sites across the U.S. given the health data in those locations.”

The changes come after infectious-disease expert Anthony Fauci told a Senate panel Tuesday that the U.S. is “going in the wrong direction” in its efforts to contain the novel coronavirus, and that new Covid-19 cases could more than double to 100,000 a day if behaviors don’t change.

Several southern and western states are seeing surging numbers of new cases, prompting some to put reopening plans on hold. Hospitalizations have increased in 12 states, with Florida’s Miami-Dade County reporting its highest numbers of hospitalizations, intensive-care unit patients and ventilator use in at least two months, and ICUs in Houston hitting 97% of normal capacity on Tuesday.

“None of the jobs need to be back right away,” Citigroup President Jane Fraser said at a Bloomberg conference last week. Employees “will largely decide for themselves whether they want to stay at home, how they feel about their commute, what’s going to happen with childcare.”

JPMorgan Chase & Co. corporate workers in the New York metropolitan area will be going back to offices this month, with no more than 20% returning before the second week of September, the bank said in a memo last week. The bank also has made plans to bring back workers in Columbus, Ohio.

Goldman Sachs Group Inc. brought back an initial group of employees to its major U.S. locations on June 22. In cities with large coronavirus outbreaks, Goldman is monitoring the situation as it begins to enact its office-return plan, a spokeswoman said. In the U.S., aside from its New York headquarters, the firm has large hubs in Utah and Texas.

Jefferies Financial Group Inc. Chief Executive Officer Richard Handler said earlier this week that his traders and bankers are under no pressure to return anytime soon.

“I am in awe of how our people became a virtual firm within days of learning about Covid,” Handler said in a phone interview Monday. “Our people will work from home until they feel safe coming back.”

On Wednesday, New York Mayor Bill de Blasio postponed a planned reopening of indoor dining next week, citing the surge in coronavirus infections in other states. He said outdoor dining would continue in the city.

To contact the reporter on this story:
Jenny Surane in New York at [email protected]