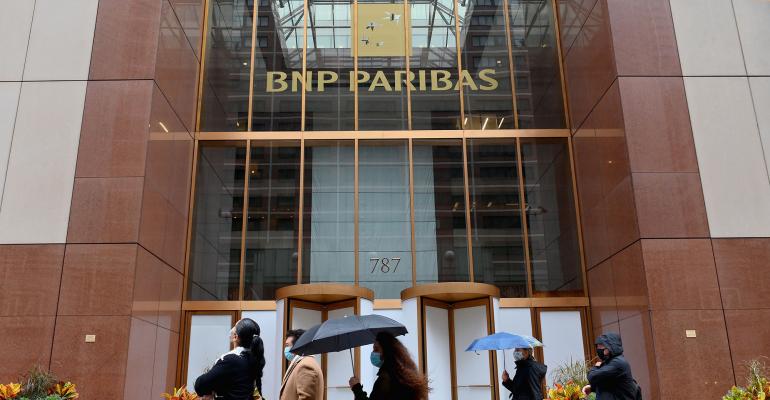 (Bloomberg)—BNP Paribas SA is overhauling its New York City regional headquarters to appeal to workers in a post-pandemic era.

The bank’s name has been unveiled on the tower at 787 Seventh Ave., previously known as the Axa Equitable Center, according to a statement Wednesday. Paris-based BNP’s redesigned offices include new trading floors with curved monitors, sit-and-stand desks, more lighting and higher ceilings.

Workers will also have access to baristas, a bike room and flexible working options, from fixed seating to booths, closed pods and farmhouse-style tables.

“Our newly upgraded premises speak to our continuity of presence and growth ambitions in the Americas, as well as a testament that the US remains a critical market for our group,” Jean-Yves Fillion, chief executive officer of BNP Paribas USA, said in the statement.

The bank is among finance companies that are focused on bringing employees back to their Manhattan offices. Since February, BNP’s New York-based workers have been required to return at least one day a week, but the bank aims to increase that to at least two days heading into the summer, according to Kevin Abraszek, BNP’s head of human resources change and transformation.