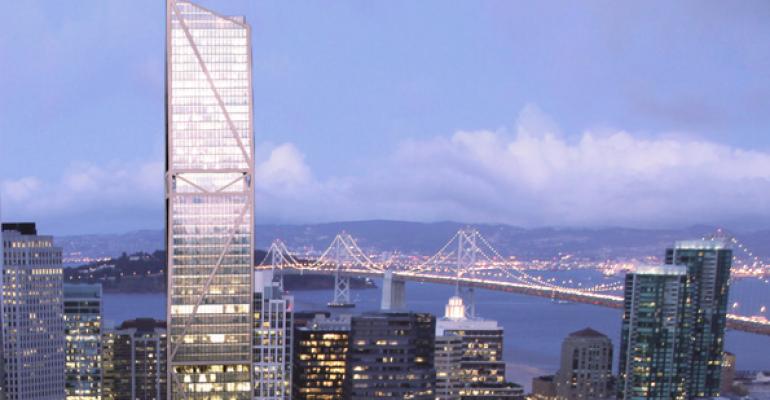 As more high-rise office buildings open in the major U.S. markets, experts say the new trophy space will provide an added boost to already high average leasing rates in those markets. However, this trend is only expected to last through 2017, with enough new deliveries expected by 2018 to meet existing demand growth.

The average national direct asking rent for high-rise office space has increased to $43.79 per sq. ft., according to a recent Skyline report from real estate services firm JLL, and that figure rises to $56.82 per sq. ft. when just considering trophy properties. The improved outlook for the professional jobs sector and the return of tenants to Central Business Districts (CBDs) accounts for much of the increase. “We live in the age of cities,” said Richard Barkham, chief global economist for real estate services firm CBRE in the company’s recent Global Gateway Cities report.

Under normal market conditions, as new buildings are delivered, owners cut rents as overall vacancy increases. The surging demand for office space today has led to a development boom, with 105 million sq. ft. of new office construction now underway. However, the supply hasn’t yet met existing demand, says Julia Georgules, JLL’s director of office research. “There’s so much demand for blocks of trophy space, landlords can keep rents high through 2017,” she notes.

The initial response of the market to new properties has been the addition of the higher rental rates to the local market figures, pushing up overall averages, Georgules says. This phenomenon is lifting rents up in top markets such as Washington, D.C., which posted a mid-year average of more than $80 per sq. ft. for new construction towers. The trend is even propping rents up in struggling cities such as Houston, which posted an average rate of $47.43 per sq. ft. for high-rise office space—even as the city has seen 12 million sq. ft. of new space added to its energy-dependent office market in the past two years.

Conversely, San Francisco, one of the most in-demand office markets in the world right now, is posting lower high-rise rents, at about $75.49 per sq. ft. “There’s not enough new space currently in San Francisco to meet demand, so it’s all getting leased up quickly, leaving trophy availability short,” Georgules says. “Thus, the average rental rate goes down.”

Developers have responded to the tightness in the San Francisco market. Office vacancy in the city was at about 6.3 percent at mid-year and should stay stable through the end of 2016, but the market has about 4.5 million sq. ft. of new space under construction (with 63 percent of it speculative) and another 3.4 million sq. ft. in the pipeline, according to a recent CBRE report.

Washington, D.C., however, recently experienced a slew of premier building deliveries, so with more available trophy space to count, the rents are hitting higher averages, Georgules says. Cities such as Miami and Chicago that are seeing ever-bulging development pipelines, but few new deliveries, have yet to see high-rise rents increase as much as other markets.

The majority of office buildings now under construction in the U.S. will be delivered in 2017. About half of the new space will be opening in the top 10 markets, meaning most of the rest of the country will see supply constraints and vacancies tighten even further. Regardless, Georgules says by 2018, there should be enough new office deliveries to start meeting demand.

“We do expect the rate of rent growth to flatten out in the next 18 months,” she says. “We’ll start to see job growth hit full employment, and a natural slowdown in the economic cycle.”