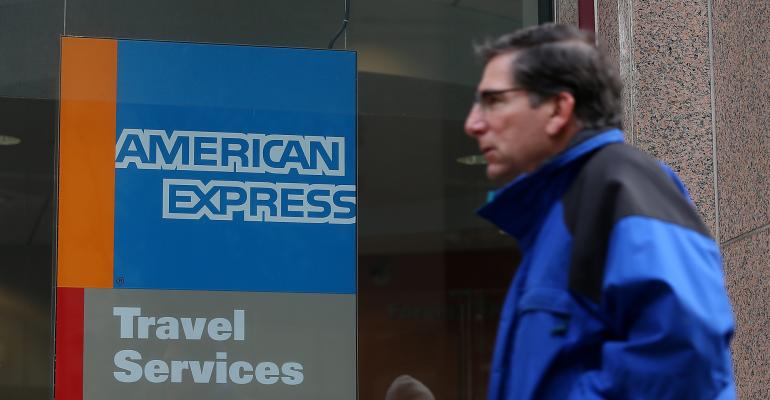 AmEx Goes Hybrid with Most Workers at Home Mondays and Fridays

The company will allow most employees in the U.S. and U.K. to have the choice to work from home Mondays and Fridays.

(Bloomberg)—American Express Co. is planning to allow employees to work from home for at least part of the week on a permanent basis as the finance industry continues to unveil plans to bring staff back to the office.

Most employees in the U.S. and U.K. will ultimately work in the office Tuesday through Thursday, and have the choice to work from home Mondays and Fridays, the credit-card giant said in a memo to staff. The firm will begin inviting more colleagues back on Sept. 13, with plans to fully adopt its new hybrid schedule the week of Oct. 4.

“We believe that being in the office together is an important part of what makes our culture special,” Chief Executive Officer Steve Squeri said in the memo. “We also want to keep aspects of the virtual environment that have been working well for us, such as greater inclusivity across our global colleague base, increased work-life balance, an enhanced digital mindset and cutting through bureaucracy to get things done.”

New York-based AmEx has nearly 64,000 employees worldwide. The firm’s announcement comes after Goldman Sachs Group Inc. asked its U.S. staff to begin returning to offices this week, marking the most ambitious return to the office among major Wall Street firms.

The blend of in-office and at-home work will be the default for most AmEx employees, but those who worked from home 100% of the time before the pandemic will continue to do so, according to the memo. Staff who cannot perform their jobs effectively from home will also be required to come to the office daily.

“While I expect we will ultimately have some additional colleagues working virtually or on flexible work arrangements, I expect most colleagues will work in our new hybrid format, because I believe that is best for our business, our customers and our culture,” Squeri said in the memo, noting the firm’s plans were informed by employee survey responses.

Squeri said the first three weeks of return in the U.S. and the U.K. would be a “transition period,” with occupancy capped at 50% and most colleagues working in the office only two days a week. Moving to the fully hybrid model will depend on local conditions and health-authority guidance, though the company intends to begin that process the first week of October, he said.

“I want to be very clear: We are in a learning mode,” Squeri said. “We will ease colleagues into our new way of working, see what works and what doesn’t, listen to your feedback and adjust as necessary to meet the needs of our customers, our business and our colleagues.”