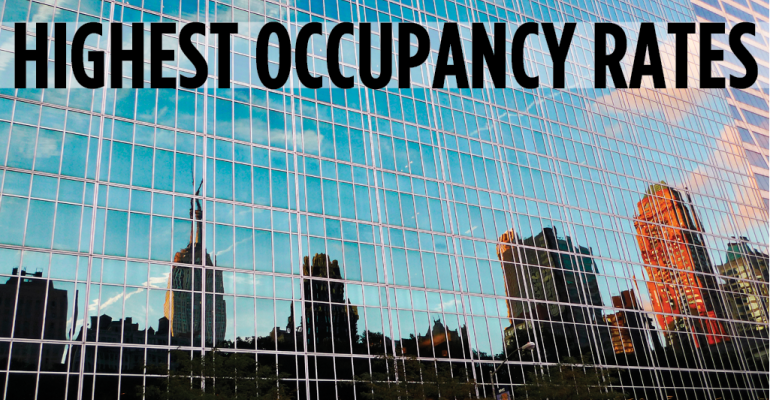 The national office vacancy as of the third quarter is at its lowest point since before the recession, at about 13.4 percent, with some markets seeing historic increases in tenant demand and subsequent construction starts.

According to office market reports from real estate services firms CBRE and JLL, at least six of the nation’s top office markets posted vacancy rates in the single digits in the third quarter.

Jeff Havsy, chief economist for the Americas with CBRE, says while there are about 93 million sq. ft. of office space under construction, demand still overwhelms expected supply. Even if the cities with the lowest vacancy rates right now will see those rates go up as new buildings open in 2017 and 2018, markets such as Seattle, Atlanta, Houston, Dallas, Phoenix and Philadelphia should see vacancy rates remaining low as not as much new construction is planned in those cities. “I see vacancy continuing to decline in the next two years, on a national basis, through the end of 2017,” Havsy says.

Here’s a snapshot of the office markets with less than 10 percent vacancy: