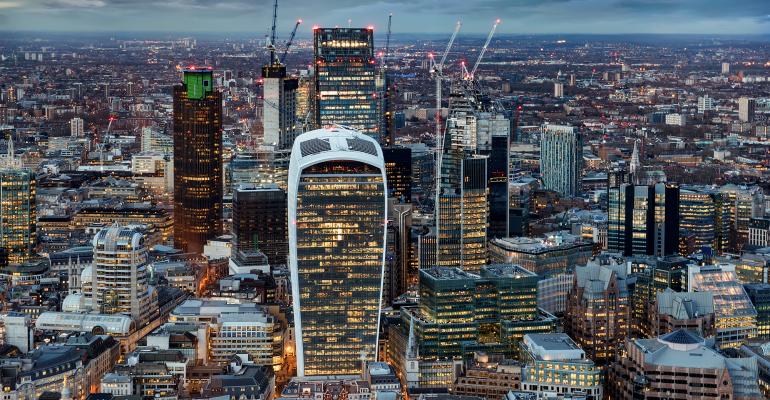 (Bloomberg)—The head of real estate at Norway’s $1 trillion sovereign wealth fund, the world’s biggest, says he expects office space to stay in demand, even though the Covid-19 crisis will leave its mark.

Karsten Kallevig, who oversees the Norwegian wealth fund’s $30 billion real-estate portfolio, said, “It’s hard for me to see that the entire concept of space will disappear, that people would no longer be willing to pay for it.”

A growing number of companies have announced plans to let people continue working from home after the crisis subsides, amid signs the arrangement reduces stress levels and in some cases even boosts efficiency. That’s raised questions about the future of offices as a ubiquitous feature of life.

But Kallevig says there are some factors weighing in the opposite direction. These include the requirement of social distancing, meaning that even if fewer people opt to return to offices, those who do will need more space around them. What’s more, employees choosing to return to offices will still need to do conference calls, which can be challenging if there’s not enough space.

“You might get competing effects,” Kallevig said in a phone interview on Thursday, after the fund released a review of its first decade as a real-estate investor.

Over the next decade, the wealth fund’s real estate unit is likely to see returns that fall short of the annual 7.7% it’s delivered so far, after costs. Even so, low interest rates should continue to support real-estate prices, both because property provides an alternative investment in a low-rate environment, and because borrowing is likely to remain cheap, according to the fund.

“It will probably be hard to replicate the returns we have seen this last decade,” Kallevig said. “But we are fairly confident our investments will deliver in line, or better than, the fund’s expectations” of a 3% real return after costs.

The fund, which owns properties in eight major cities including Paris, London, New York and Tokyo, will remain a net buyer, and Kallevig said the Covid crisis and its aftermath could provide opportunities.

“During turbulent times, we should be offering liquidity rather than taking it away. That’s one of our long-term strengths,” he said. “As an investor, of course I hope interesting opportunities will arise.”

To contact the reporter on this story: Mikael Holter in Oslo at [email protected].

To contact the editor responsible for this story: Tasneem Hanfi Brögger at [email protected]