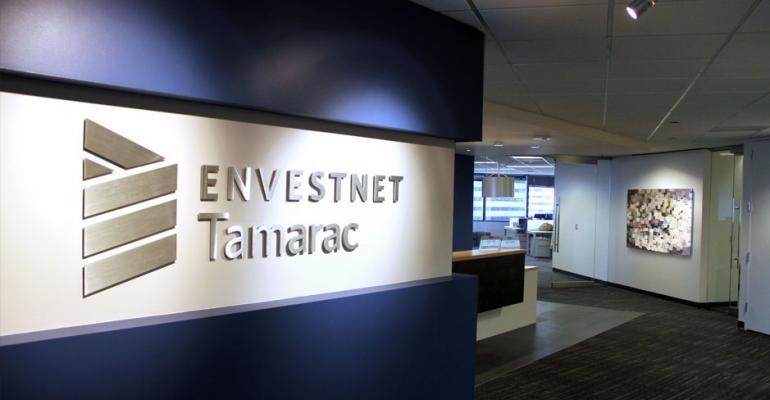 Wealthtech provider Envestnet now has an ownership stake in female-focused automated advice platform Ellevest, according to regulatory filings published over the weekend. This investment did not give publicly traded Envestnet a controlling stake in the six-year-old privately held Ellevest, which will continue to be run by co-founder and CEO Sallie Krawcheck. The filing also indicated that the Bank of Montreal took an ownership stake in the firm.

“As part of our mission to support advisors and their clients with the solutions, intelligence and technology to achieve an Intelligent Financial Life, we are excited to be partnering with Ellevest to further enhance our always-on financial wellness ecosystem,” said Rich Aneser, Envestnet’s chief strategy officer. “We believe in supporting all under-represented markets and Ellevest’s work to empower women is a great complement to our goals and values.”

Envestnet's "partnership" involves coaching for Ellevest users. Ellevest is providing access to Envestnet-affiliated executive coaching and financial planning packages, according to materials on the firm’s website. Ellevest is selling Envestnet-affiliated executive coaching for as much as $2,499.00 for six sessions of coaching, while financial planning is being offered for as much as $1,999.20 for two sessions of planning.

In November 2020, Allianz Life Insurance Company of North America announced its own investment of $7.5 million in Ellevest, part of a $12.3 million extension of Ellevest’s Series A financing round. In the first part of the Series A, which closed in March 2019, Ellevest raised $33 million. Investors included Salesforce Ventures and Morningstar. By November 2020, the firm had raised a total of $92 million in funding.

Envestnet did not address the size of its investment or additional expectations about it, including whether the firm would be receiving any control over the direction of the firm. Ellevest did not return a request for comment.

It’s not the first investment Envestnet has made in automated advice. In 2015 the firm purchased Upside, a platform with ties to Ritholtz Wealth Management, for an undisclosed sum. At the time the acquisition was called “a perfect match” by Upside co-founder Juney Ham.

Envestnet characterized both deals as beneficial for advisors and noted that they were designed to help advisors compete with software-based automated advice providers.

Ellevest now has more than $1 billion in AUM, with filings indicating it has 110,300 accounts and 125 high-net-worth clients. Three years ago, Ellevest had just $283 million in AUM. It was adding new investors, like PayPal, former Executive Chairman of Google and Alphabet Eric Schmidt, and Valerie Jarrett, a former advisor to President Obama and author of Finding My Voice.

Thus far, Ellevest has managed to avoid closures that have struck competitors like Hedgeable and female-focused WorthFM. Since 2019, the firm has focused on financial education, growing its user base, improving its technology and expanding its product categories.

Editor's note: Following the publication of this story, Ellevest spokesperson Ashley Farrow Brenner contacted WealthManagement.com, stating that a reference on its site to an "Envestnet 1:1 Coaching" offering was "a test page not intended for external audiences. There are no products that we are offering together." The page, which was indexed by search engines, has since been removed.