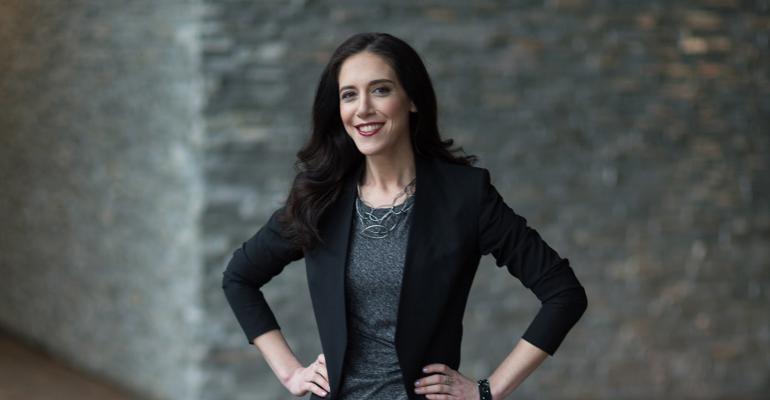 A Much Heralded Robo for Women Quietly Closed

The shuttering of WorthFM, one of a number of high-profile robo advisors meant for female investors, demonstrates that high-gloss branding and niche appeal doesn’t overcome the client acquisition challenge.

Below those words is a brief explanation citing “many factors including industry shifts and our own business” as reasons behind its closure, ending with “we are no longer able to serve as your investment advisor.”

Amanda Steinberg, the well-known founder of the popular DailyWorth newsletter on personal finance, announced WorthFM in 2015, though it didn’t begin operating until the following year. The service was a partnership between Steinberg and Michelle Smith, the CEO of Source Financial Advisors, an independent wealth management firm specializing in high-net-worth women.

A highly publicized launch, Steinberg said the need for the service came out of the dialogue she had with her newsletter readers, many of whom were unhappy with the options for investment advisor relationships available to them. She told The New York Times she would judge the success of her service by one measure: Whether it increased the net worth of its users by 30 percent over five years. WorthFM was one of a string of similar online investment platforms for women launched around the same time. Each sought to bring together a dose of high-gloss branding, with a focus on empowering female investors, to create a differentiated service from the increasingly crowded field of robos: Financial advisor Tina Powell launched robo advisor SheCapital in 2015 and Sallie Krawcheck, the former CEO of Merrill Lynch Wealth Management, used her high-profile status to launch Ellevest in 2016—the same month that WorthFM debuted in beta. Of those, only Ellevest remains.

Powell said that the year-long endeavor taught her a great deal, and she had no regrets. The more than $1 million in assets brought into SheCapital had all ultimately been transferred into relationships with advisors at Beacon Wealth Management of Hackensack, N.J., where they remain, and where Powell had previously been director of business management.

While she said she had no direct knowledge of what happened at WorthFM, she did share some of her own experiences.

“At the end of the day you serve the client, and you can have assembled the best team but in the end the market wants what the market wants and if you are not it that’s the end of the story,” Powell said. After a year she said she’d seen the writing on the wall, or rather written into the analytics, indicating that the service was not growing fast enough.

“We started with a minimum viable product and while the clients we had seemed happy, our marketing efforts were not persuasive enough to support the growth we needed,” she said, adding, “it might just be that the investors we were after wanted a certain type of client experience we were not providing.” The initial target of the service had been millennial women professionals making over $50,000 annually that had no face-to-face advisor relationship. What she and her colleagues found, however, was that the audience most receptive to their marketing efforts skewed older Gen Xers and even some baby boomers. In the end her team’s efforts were not enough.

“Although you might know marketing, there are a thousand gazillion ways you can program or assemble your customer acquisition strategy and build your lead funnels, but it doesn’t mean you will get those leads to convert; even with the best case if you don’t have what the customer wants you lose,” she said.

William Trout, a senior analyst at Celent, whose research focuses on securities, wealth management and banking, pointed to another example, that of Learnvest as evidence that marketing exclusively to a female audience was a difficult model to crack. While not an AIS, Learnvest’s focus on financial planning was initially targeted at women.

“Unlike a car or other consumer good that has a brand that is more palpable, I’m not sure that a robo has that much differentiation by gender,” Trout said.

“If there is evidence to support the opposite I’d love to see it,” he added. Learnvest launched in 2009, was acquired in March 2015 by insurance company Northwestern Mutual for $250 million and ultimately shut down its planning services and online tools in June.

Trout said micro-investing sites like Acorns and Stash Investing may have tapped into a more powerful undercurrent or driver of adoption with their efforts at attracting millennial investors, resonating more with that demographic’s day-to-day behavior. Acorns has over $800 million in assets under management, according to its most recent Form ADV and just under 2 million clients, while Stash has 2 million registered users and $319 million in AUM (just over 1 million funded accounts).

Even so, with the average account size of each being measured in just a few hundred dollars, they have far to go. This small account size has not precluded additional funding, however. Most recently, Acorns received a $50 million injection of private equity funding from BlackRock, giving it a total of $152 million. Stash has $116 million in funding after raising another $37.5 million in February.

“I’m not down on female-only investing. I just don’t think I see it as a great or overly compelling differentiator on its own,” Trout said.

A check of WorthFM’s SEC Investment Adviser Public Disclosure page read simply that its registration status had been “terminated” and that it’s not currently registered and is not filing with the SEC or any state. In September 2017, when its last SEC Form ADV was filed, WorthFM had $2.7 million in AUM, 600 clients, and just over 1,800 discretionary accounts.

A December 2017 post on its Facebook page announced the closer. On its website, the firm assured investors their money was safe with custodian TD Ameritrade and urged its users to consider using Krawcheck’s Ellevate.

WealthManagement.com reached out via phone and email to both Steinberg and Krawcheck, as well as their respective companies, but neither returned a request for comment by press time.