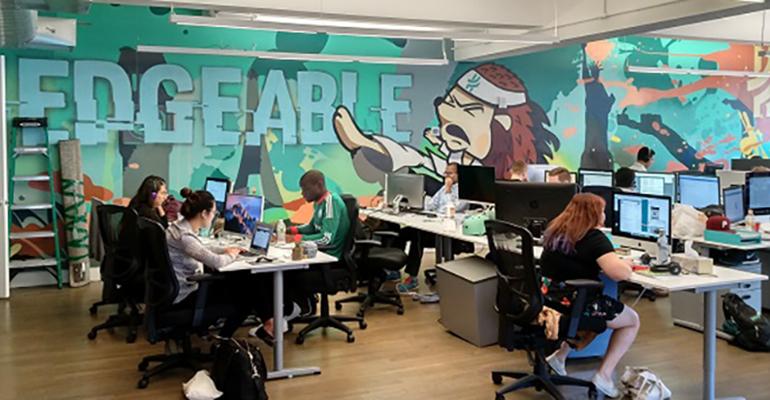 Avant-garde robo advisor Hedgeable notified users it will no longer be managing accounts by mid-August. The company is still solvent but wants to move in a different, presumably blockchain-centered direction.

Robo advisor Hedgeable will be removing its SEC registration on Aug. 9 and discontinuing account management on the automated investing platform, a little over 9 years after the company’s founding. The firm listed 1,930 accounts, 1,698 clients and nearly $80 million in assets on its most recent Form ADV. Forty of those clients were high-net-worth, with assets under management totaling over $12 million. Among startup robos, only two have grown beyond the $1 billion in AUM level in the U.S. market: Betterment with $14.1 billion and Wealthfront with $11 billion.

Lately the co-founders, Michael and Matthew Kane, have focused their attention on building a blockchain-based fintech platform in another company they co-founded, Hydrogen Technology Corporation.

Hedgeable users will have access to their accounts until Aug. 9, but after that date assets will be turned over to custodian Folio Investments. From that point forward, users will be able to continue logging into their account for “support inquiries,” but will not be able to access any account information, according to the company. Those same users will have the option of keeping their funds at Folio in a self-directed account, with no monthly management fees until the end of the year.

The company is discontinuing portfolio management with its characteristic eccentricity and a hint of mystery; their quirk came through in job titles and their gamification approach toward investing. In an often vanilla robo environment, the automated investment platform was known for pushing the boundaries, taking an active approach to investing and giving its users access to cryptocurrencies, individual stocks, ETFs that tracked commodities and even private equity.

Performance didn’t always add up, however. Despite a portfolio with a Sharpe ratio higher than its robo peers, by the end of the first quarter of 2018 the firm’s taxable account achieved middling annual returns, according to BackEnd Benchmarking’s Robo Report. Its IRA returns for the same period were lower than many of its peers, a result of high allocation to fixed income holdings.

“If it was so great, they wouldn’t shut it down,” said Tim Welsh, president and CEO of Nexus Strategy, of Hedgeable’s plan to discontinue managing portfolios. “It’s the same pattern we predicted all along: that the direct-to-consumer robo is a very challenging model.” He noted that the business-to-business approach in fintech is more sustainable, because it’s so difficult to demand a premium price online from consumers.

“This hasn’t been an easy decision, but we believe it’s the right one,” said the Kane brothers in a note to Hedgeable’s investors. “To be clear, Hedgeable, Inc. is not shutting down, selling, merging, filing for bankruptcy, or insolvent. We are simply removing our SEC registration.” Hedgeable has not released any immediate plans for the company.

The Kane brothers, however, have been leaving clues to their next moves. They “will be spending the bulk of our time on [Hydrogen] after the Hedgeable wind down,” said Matthew Kane, Hydrogen’s CTO. Hydrogen CEO Michael Kane participated in a recent industry event on blockchain and artificial intelligence, concepts with which they are increasingly engaged.

“We had to build a lot of things from scratch,” said Michael Kane about Hedgeable. They’re hoping Hydrogen’s products, which Kane compared to Amazon Web Services, will serve as the foundation for future companies with a focus on “bringing fintech to the masses.”

“In the next 10 years, if you’re not building apps that have some sort of decentralization, you’re probably not going to be in business,” Michael Kane explained.

Currently in development, one of Hydrogen’s toolsets, Hydro, interacts with the Ethereum blockchain as a sort of “fintech OS” that future fintech applications can be built around. It will eventually consist of five core components, with capabilities that will range from validation and authentication to transaction protocols, matched to the company’s Atom platform.

Hydrogen is continuing to sign up developers as they build their product library, having received over 35,000 signups in over 50 countries, according to Michael Kane.