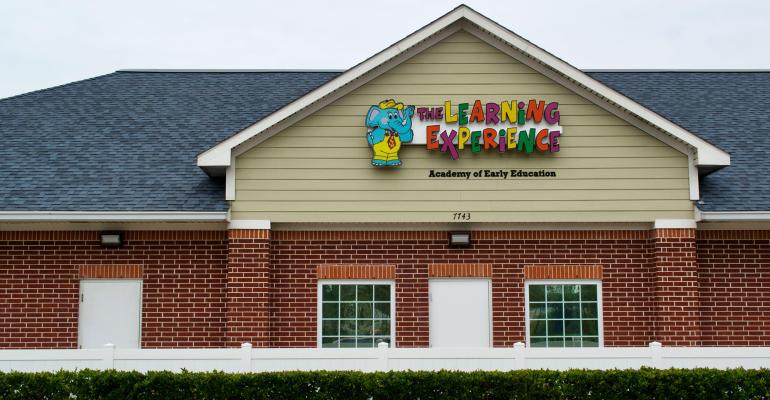 Because they trade at higher cap rates and are viewed as recession-resistant, net lease investors are picking up more early childhood education properties.

In an environment of rising interest rates, net lease assets occupied by early childhood education centers are growing in popularity.

Investment brokerage firm B+E released a report recently that shows early learning and day care assets are seeing their cap rates compressed. The high levels of development of new early learning centers “show no signs of slowing as demand from customers in this segment is sky-high and growing,” the firm’s researchers note.

Historically, net lease assets occupied by early learning centers have traded at higher cap rates in comparison to other net lease assets such as quick-service restaurants, according to Jim Ceresnak, a director at B+E who specializes in sale-leaseback transactions. This trend has shifted as the reputations and creditworthiness of the larger early learning tenants have steadily grown, alongside the expansion of their businesses and nationwide footprints, Ceresnak says.

Market listings for such assets during the fourth quarter featured a higher number of properties with more than 10 years of remaining lease term and larger average offering prices, B+E notes.

Investors favor the internet-resistant nature, long lease terms, quality of underlying real estate and growing demand for these assets, Ceresnak says. This has amalgamated to record-low on-market cap rates in the third quarter, with the average breaking the 6.00 percent threshold at a 5.99 percent cap, he adds.

“Early learning assets have tended to trade at higher caps, largely because of their smaller guarantees,” Ceresnak says. “But more and more investors and lenders have become familiar with the growing players in this market, which has helped their growth in popularity.”

State of the market

The common tenants in the early childhood education space that comprise the majority of the current listings include The Learning Experience, KinderCare, Childtime, Guidepost Montessori and Kiddie Academy.

A phenomenon that net lease brokers have witnessed recently is that while many other sectors of the net lease market have experienced dramatic shifts upward in cap rates as the Fed has tightened its policy, the early learning space has seen a less dramatic change, Ceresnak says. Early learning assets priced in the 6-percent range are now some of the only options for buyers that offer a cap rate that is higher than their financing rate, he notes.

The asset class is gaining in popularity because the rise in interest rates has “created a dichotomy between the owners that have moved pricing to where the market is and buyers who need yield,” according to Peter Block, executive vice president with real estate services firm Colliers. Traditionally, child care centers have traded at higher cap rates, which means there’s a better yield for the buyer now compared to other options, he notes.

“I think it will continue for a while for two basic reasons,” Block says. “One is if other yields start to move up, then the yield on these will have to move up to attract buyers. Second, and an equally important reason, is child care is presumed to be a reasonably recession-proof asset class because parents still need to put their kids in child care. People look at that and contrast that with other retailers that consumers may pull back on what they are spending.”

“The pandemic really cemented how essential of a service these operators are providing,” Spector says. “It is important for children to have face-to-face interaction to develop social skills, and when you only have online learning it is impossible for a child to learn and develop to their full potential.”

There has definitely been “a push for the asset in the last five or so years” and even during the worst of COVID, investors targeted e-commerce resistant and essential businesses that are going to weather any type of storm, according to John Feeney, senior vice president of The Boulder Group, an Oak Tree, Ill.-based net lease brokerage firm.

“This industry is definitely coming into more favor,” Feeney says. “What that alludes to is that you have groups like KinderCare (with more than $1 billion-plus in annual revenue) who sign corporate leases and have a significant amount of locations.”

Spector notes that in early 2022, his firm saw a much higher demand for early childhood facilities than ever. Investors started looking at everything they could to fulfill their 1031 exchanges, and the cap rates in this space were higher than what they could get on most retail NNN properties like dollar stores, banks and quick-serve restaurants. The strength of that demand is demonstrated by the average cap rates hitting all-time record lows, Spector adds.

Due to the reputation-based aspect of the early childhood education industry, the larger operators tend to outshine their smaller rivals due to their proven success records, more extensive programming, organization, quality staff and safety for the children who attend, Ceresnak says.

Most early childhood education centers are for-profit, and the industry has its share of franchisees.

Kindercare properties have long been the most popular and stable early childhood education triple-net investments because Kindercare is the largest operator in the sector and its leases are typically corporate-guaranteed for the full lease term, Ceresnak notes. Full corporate guarantees, however, tend to be the exception rather than the rule, he adds.

As operators such as Goddard School, Primrose School, Kiddie Academy, The Learning Experience and others have grown their unit counts, more investors and lenders have become familiar with their lease structures and guarantee structures as well. Buyers and lenders now know how to underwrite these assets, which has helped to raise their popularity as a whole, Ceresnak says.

Most early childhood educations buildings range between 8,000 to 12,000 sq. ft., and their leases are often signed at between 15 and 20 years at commencement, according to Ceresnak. There’s much variation between landlord responsibilities on different properties, though many assets tend to be double-net. There’s also a lot of variation on rent increases in terms of frequency and percentage amount.

Early education centers are typically free-standing locations in residential areas, according to Feeney. Some are in retail locations, but those are tucked away from high-traffic areas for the protection of children, he notes. Many operators seek out two-acre sites in order to be able to have a fence and build a playground.

Who are the investors?

There are private investment funds that focus specifically on early childhood education, Ceresnak says. Recently, there’s been increased interest from some of the largest publicly-traded REITs in this space as well, he notes.

“These large institutions have tended to shy away from early childhood education assets that don't have strong corporate guarantees,” he adds. “But we have seen some REITs recently pursuing sites that are well-located despite having less robust guarantees. I think this is generally driven by the desire to capture yield.”

Throughout 2022, the industry hit multiple cap rate records, with several early education properties trading at sub-6 percent cap rates, which are a historic low for this segment of the market, according to Spector. Comps are still reflecting this pricing even as interest rates and the 10-year yield have been volatile while most of these properties have been under escrow, he notes.

“I will say that despite the changes in cap rates in the net-leased sector in general, we are still seeing some of the lowest cap rates that we have seen over the last 10-years,” Spector says. “We have had such an aggressive market for such a long time that people may forget that in the grand scheme of things, the market is very strong. We are still seeing a lot of demand, and even more demand than prior years due to more investors becoming aware of the early education segment.”

The Boulder Group seeing deals on early childhood education centers with cap rates ranging from the upper 5s to a 7 cap rate, depending on the lease structure, guarantor of the lease, whether the property is new construction and whether the existing lease has a near-term expiration, according to Fenney.

“The net lease market is undergoing what we call price discovery, given what’s happening in the macroeconomic space with rising rates,” Fenney says. “There’s definitely a change to cap rates here.”

The daycare space typically trades at higher cap rates than smaller net lease assets, such as quick service restaurants, Feeney says. The QSR space is made up of deals that are typically priced between $1 million and $3 million, while daycare centers tend to be more expensive.

“You definitely have more buyers for lower-price point assets than higher price-point assets,” Feeney adds. “People buy net leases for the stable cash flows the lease presents to the investor, but at some point, you are buying real estate and the real estate quality typical for QSR can be better than daycare. If you have a Burger King, and they ever leave, you have a 2,000 to 3,000 square-foot building with a drive thru that you can repurpose. If KinderCare leaves, there’s not a whole lot of users that go into that footprint exactly the way it is.”