/sites/all/themes/penton_subtheme_wealthmanagement/images/logos/footer.png
Recent
Recent
Seven Must Reads for the CRE Industry Today (May 24, 2022)
May 23, 2022
Investment Activity in the Skilled Nursing Sector is Ramping Back Up
May 23, 2022
NASAA Approves Model Rule Targeting Unpaid Arbitration Awards
May 23, 2022
New York Tax-Paying Residents Were Moving Out Even Before Covid
May 23, 2022
Featured
The 10 Best and 10 Worst States in Which to Retire in 2021
Jul 15, 2021
Poll: 15 Classic Books on Investing and the Markets
Apr 03, 2020
Fifteen Must-Listen Business Podcasts for Advisors
Aug 14, 2020
Celebrity Estates: Jay Leno and Planning for Classic Car Collections
Feb 22, 2022
NAPA 401(k) Summit
brought to you by 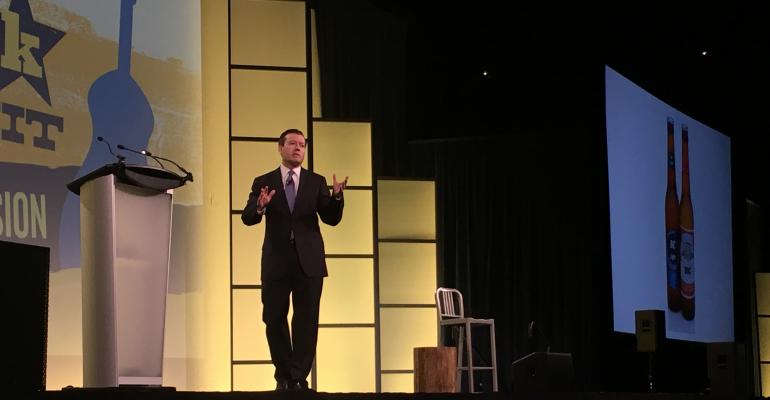 Hundreds of retirement plan advisors met in Nashville Sunday for the National Association of Plan Advisors’ (NAPA) annual conference, just weeks after the Department of Labor released its final version of new fiduciary rules that will dramatically change how many of those gathered will conduct business.

Leaders of the association, the largest trade group for retirement plan advisors in the country, kicked off the three-day event with a muted victory lap. The group’s political action committee lobbied the DOL for several changes to the regulation, many of which were incorporated into the final version released April 6.

Brian Graff, CEO of the American Retirement Association, told attendees they scored a “massive win” in convincing the DOL to add a special, streamlined exemption to the rule for advisors who roll over client assets from a workplace plan to an individual retirement account.

The so-called “level-to-level” exemption means that advisors to workplace plans who receive a level-set fee, either calculated as a percentage of assets, or from 12b1 fees or other revenue-sharing arrangements, can move those assets to an IRA as long as they also charge a level fee there, even if that fee is higher (as it usually is, given the more personalized advice to the client).

Under previous scenarios, this would have been a prohibited transaction requiring an advisor sign the “best interest contract exemption,” disclosing potential conflicts of interest, spelling out fees and creating a website outlining an advisors’ compensation model—what Graff called “the full BIC.” It would not even have been possible for an RIA who only charges level fees, as the increase in fees would have been prohibited. 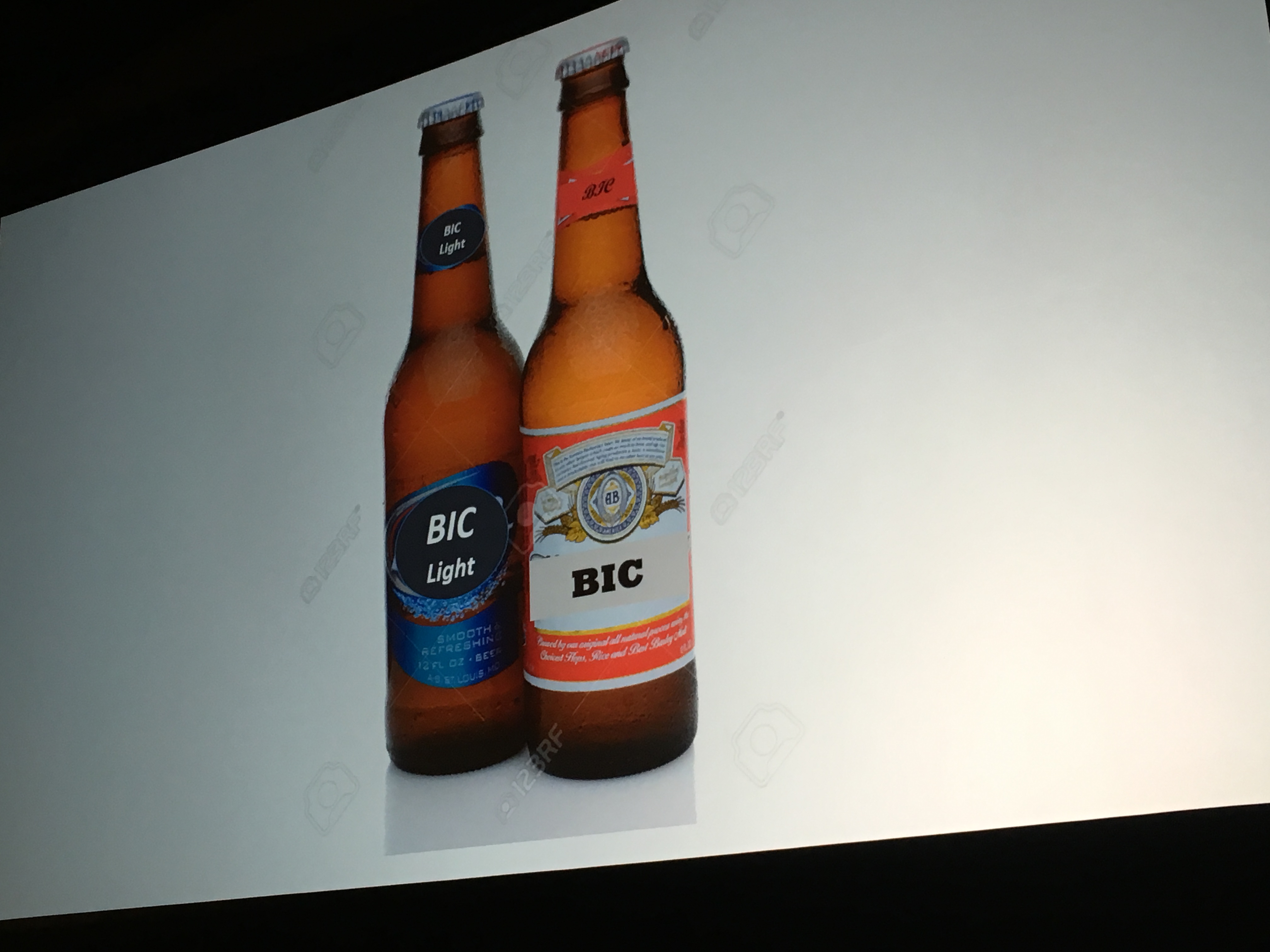 Now, in the streamlined exemption—what Graff calls “BIC light”—level-to-level rollover advisors just need to assure they are acting as fiduciaries, that the rollover is in the client’s best interest and that there is no other remuneration they are getting beyond their level-set fee.

Graff said lobbyists from the American Retirement Association, of which NAPA is a part, were able to convince the DOL that undue restrictions on “level-to-level” rollovers would put plan participants at a disadvantage. Graff said support on the streamlined exemption from Democratic Sens. Charles Schumer from New York and Barbara Milkuski from Maryland was key to getting it added to the DOL’s final version.

“For a lot of participants, you are the only advisor they have ever met,” Graff said. “The fact is they know you and trust you, and the only way to create a paycheck out of a retirement plan is a rollover IRA."

“This streamlined exemption gets you out of the dreaded contract requirement,” he said, meaning that advisors who use the level-to-level exemption don’t need to use the more onerous “best interest” exemption. There is no contract that needs to be signed with the client; there are no warranties, no web disclosures, no record retention. “There are some real benefits to this,” he said. The rule applies even when giving advice to a plan participant about their assets in a previous retirement plan, or assets brought into a retirement plan through a merger.

“I see this as a universal rollover, applying to any type of rollover or transfer of assets from one account to another,” Graff said.

There is one caveat, he warned: When the DOL says advisors can’t have any other remuneration besides the level fee, they mean it. “Right now, until we are told otherwise, that means nothing else. No swag at events, no dinners, no trips. That’s certainly different than what a lot of us are used to.”

Ultimately, firms are going to have to decide if they are “full BIC or BIC light,” he said. “There is no third option.” There is more flexibility in how an advisor is compensated if they are using the full best interest contract exemption, but also more liability from trial lawyers. There’s less flexibility in compensation under the streamlined level-to-level version, but less liability.”

RIAs will go for the BIC light version, while deep-pocketed wirehouses will likely chose the full BIC version. “How hybrid firms thread that needle remains to be seen,” Graff said.

The DOL did a lot of things to the full contract exemption that are positive, he said: Advisors can embed the contract in other documents; existing clients would have to proactively opt out, and disclosure rules were loosened. “One thing the DOL did not take away was the ability of trial lawyers to file class-action lawsuits” against firms thought to be in violation of the best interest contract exemption. “We have to see it as a cost of doing business,” he said.

Other wins included loosening rules around education programs for participants, allowing exemptions for advisors to small 401(k) plans, and not requiring the same fiduciary rule for wholesalers talking to plan advisors about plans larger than $50 million in assets.

Over the next year there will be a lot of questions and interpretations hammered out between the DOL and the industry, as well as lawsuits challenging it, but most at the conference are proceeding under the assumption that this is the new reality. “The debate shifts from whether to how,” American Retirement Association President Marcy Supovitz told conference attendees. “We’ll work with the DOL to make sure things get tweaked appropriately, because as we all know there is a lot of tweaking to be done.”

NAPA has set up a website, www.askdol.org, to collect questions on the rule that they will bring to the DOL. “The rule is going to be a living document, subject to interpretation, and it’s going to go on for years,” Graff said.

Graff noted next year’s conference in Las Vegas falls just weeks before the new rule is set to go into effect. “The theme next year is ‘what happens in Vegas will never happen again.’”