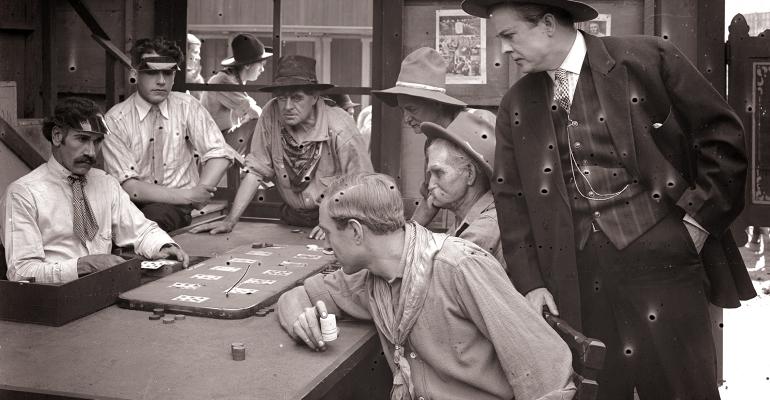 If stock pickers can’t outperform indexes in the current volatility, they should shut up shop.

(Bloomberg Opinion) -- An oft-repeated claim of the beleaguered active management industry is that savers who’ve opted for low-cost index trackers in recent years have been lulled into a false sense of security by ever-rising equity markets. The stockpickers argue that when the ride gets rocky, their financial acumen will generate alpha that’s far superior to the beta available from simply accepting whatever the broader market can deliver.

The current wild environment, with benchmark indexes swinging between outsized gains and losses often within a single trading session, should offer the perfect testing ground for those assertions. But I’m skeptical as to whether active managers can redeem their collective reputation — not least because their underperformance in recent years has become so very, very marked.

Last year, for example, only 18% of actively managed euro-denominated global equity funds beat a benchmark index of world stock markets, according to figures released this week by S&P Global. Put another way, almost three-quarters of savers would have been better off stashing their hard-earned cash in a product that simply mimics the stock market, investment vehicles that typically charge much less in fees.

Moreover, over a five-year horizon, a staggering 94% of investors underperformed the broader market. And during the previous decade, the number of funds beating the global benchmark was as close to zero as almost makes no difference.

As the table above shows, investors in European and U.S. equity funds denominated in the single currency didn’t fare much better over any of the time periods. Even emerging market funds ended up as a coin-toss last year as to whether the particular fund you might have selected would have outpaced the index, given the 50% success rate.

Winners and losers from the recent chaos are starting to emerge among the hedge fund crowd. A macro fund managed by Ray Dalio’s Bridgewater Associates was down 20% for the year to Thursday; Louis Bacon, who said in November he was stepping back at Moore Capital Management, has stayed in the game and generated double-digit returns so far in 2020.

And the passive crowd has had a good crisis so far, with the biggest sellers of exchange-traded funds seeing sustained demand for their products in recent weeks, as my colleague Barry Ritholz detailed on Tuesday.

It will be a while before we learn how active managers in general have navigated the current virus-inspired turmoil. Sure, there’ll be winners and losers. But if the stars don’t massively outnumber the laggards, the remaining investors who haven’t abandoned the stockpickers are likely to vote with their money. If the active industry fails to take advantage of some of the most turbulent market conditions ever seen, its collective future will be bleak indeed — and deservedly so.

To contact the author of this story:
Mark Gilbert at [email protected]

To contact the editor responsible for this story:
Melissa Pozsgay at [email protected]