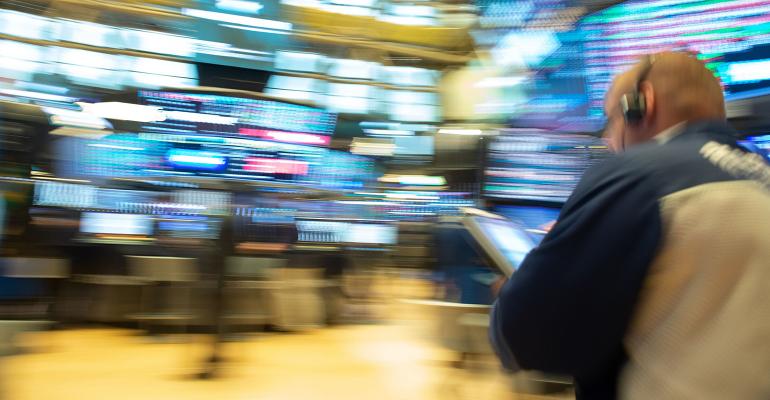 Stock Market at Record Forcing Everyone to Become Believer

Up more than 50% in less six months, the S&P 500 is poised for the quickest recovery on record.

(Bloomberg) -- From professional investors to market handicappers, it’s becoming next to impossible to stay bearish in the face of the rally in equities.

Fund managers who went to cash when the pandemic broke out have been forced back in to stocks, pushing measures of positioning toward historical highs. Wall Street forecasters, some of whom threw up their hands in surrender four months ago, are pushing up targets each day. Even Goldman Sachs Group Inc., which once warned that bad loans and falling dividends could drive a second leg of the bear market, now sees another 6% of upside in the S&P 500.

While testament to the career pressure missing a $12 trillion rally creates, the unanimity has become one of the biggest risk factors in markets right now, with positions getting crowded as everyone is forced to buy. A custom gauge of sentiment compiled by Citigroup Inc. showed “euphoria” just hit the highest level since the dot-com era.

“While a new all-time closing high would certainly be encouraging, it’s not always the pedal to the metal trade that it would seem,” said Jonathan Krinsky, chief market technician at Bay Crest Partners. “There is lot of optimism out there, which often makes breakouts harder to sustain.”

Fear of missing out gave birth to the rally and now it’s downright rampant after stocks staged a powerful rebound from the fastest bear market ever. Up more than 50% in less six months, the S&P 500 is poised for the quickest recovery on record. The index rose to as high as 3,395.06 Tuesday, surpassing its prior intraday record reached in February, before trading little changed on the day.

Money managers are embracing the equity rally after cutting their exposure to historically low levels during the downdraft, according to a survey by the National Association of Active Investment Managers. The group’s exposure index, tracking investment advisers from 200 firms overseeing more than $30 billion, has risen to a two-year high. Even the most bearish respondents are 50% long equities, something not seen since late 2017.

“Takeaways from discussions with institutional investors indicate significant comfort with central banks’ willingness to keep rates low for an extended period,” Tobias Levkovich, chief U.S. equity strategist at Citigroup, wrote in a note last week. “This is a marked shift from commentary heard a month or two ago and reflects both complacent/ebullient investor sentiment and a sense of rationalization for the relentless bull run.”

Wall Street strategists, who rushed to cut price targets for the S&P 500 during the March selloff, are now trying to catch up with a rally that has defied most of their predictions. More than half of the strategists tracked by Bloomberg have raised their projections since June, when their projections were way below the market.

The latest skeptic giving in is Goldman’s David Kostin, who boosted his 2020 target by 20% to 3,600, the most bullish among peers. The call ended his months of skepticism over the market’s resilience, including a warning in May that the S&P 500 would probably drop to 2,400 over the next three months. Like the others, Kostin’s bullish case is centered around near record-low interest rates.

“Share prices reflect not just the expected future stream of earnings but also the rate at which the profits are discounted to present value,” Kostin wrote in a note. “A plunging risk-free rate partially explains why equities have performed so well despite downward revisions to expected earnings.”

As stocks keep rising and turbulence subsides, demand from computer-driven investors who buy and sell stocks on momentum or volatility signals, is also returning. At Deutsche Bank AG, strategists including Binky Chadha aggregated positioning among stock pickers and quant funds, and found their overall exposure has increased to a one-year high.

Fund positioning tends to show an inverse relationship with future market returns, Deutsche Bank study shows. That is, the more bullish fund managers are, the poorer the market performs in coming coming months. While the current reading still signals positive market returns, with gains averaging 1% over the next month, it also points to one third of chances to go negative.

So much faith is put in the Federal Reserve that investors are willing to pay up for earnings that’s estimated to drop 20% this year. At 26 times forecast profits, the S&P 500 was traded at the most expensive level in two decades. To Peter Cecchini, founder of AlphaOmega Advisors LLC, all the index’s gains above 3,000 are unjustified.

“The equity markets are now like an old elevator way over capacity,” said Cecchini. “It’s just a matter of time before the cable snaps and its passengers end up in the basement. That’s where the Fed will be waiting.”