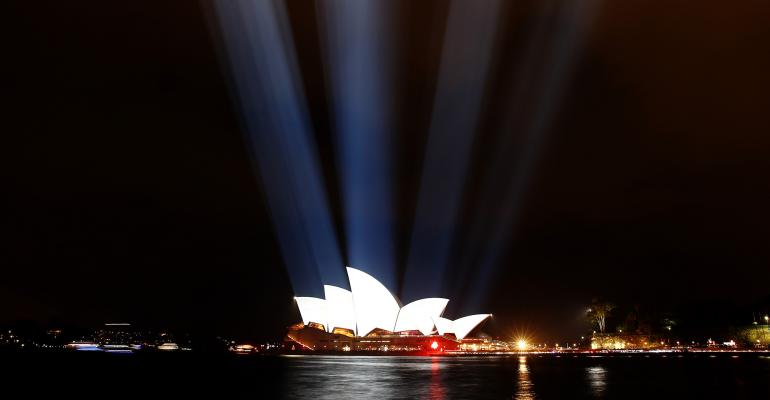 Humans Down Under Face Final Showdown With Passive-Fund Invaders

Giants like BlackRock and Vanguard are homing in on Australia.

By Emily Cadman and Ruth Liew

(Bloomberg) --One of the world’s last havens for fund managers is coming under siege.

In Australia’s A$2.8 trillion ($2.1 trillion) fund industry, managers who rely on human judgment to pick investments have so far withstood the global onslaught of passive offerings. They’ve done so in part by cutting fees below those in other large markets. The billions flowing in from the nation’s pension system have helped, too.

It may not be enough. Giants like BlackRock Inc. and Vanguard Group Inc., encouraged by the past years’ global shift towards passive investments, are homing in on Australia with commissions active managers can’t hope to match. And as beating benchmarks becomes harder, the industry is discovering that pension funds’ largesse has its limits.

Against that backdrop, the chief investment officer of Australia’s $97 billion sovereign wealth fund, called the Future Fund, has some advice for managers.

“They have to confront the new reality,” Raphael Arndt said in a  speech last month, urging them to take a “long hard look” at themselves. Arndt argued that what he termed the “free kick” from rising asset prices is coming to an end and investors have gotten too sophisticated to pay a premium for benchmark-tracking returns.

Fund managers elsewhere have already come up against that new reality, after being stung by a mix of mediocre returns, redemptions and critique from heavyweights like Warren Buffett. Investors worldwide pulled $538 billion from active managers over the past 12 months while pouring almost half a trillion dollars into index-tracking offerings, according to data from EPFR Inc.

Australian funds have held their own -- in part because they’ve produced better returns than elsewhere, while at the same time slashing fees.

Active stock managers in Australia have taken in about $914 million since January 2016, compared with the $804 in net inflows into passive funds, according to EPFR’s data. Only about 20 percent of Australian-domiciled local and global equity fund assets are currently in passive strategies, half the level in the U.S., data from consulting firm Tria Investment Partners show. Yet local fund managers have found it increasingly difficult to deliver excess returns. Last year, a majority of Australian funds across all categories trailed their benchmarks, according to the S&P 2016 SPIVA report.

Jeffrey Johnson, Vanguard’s Asia-Pacific head of investment strategy, attributes some of local managers’ longer-term success to partially being shielded from some of the worst market cataclysms of the 21st century -- notably, the dotcom bubble bust in 2000 and the credit crisis eight years later.

“Australia has been fortunate: it was able to by and large avoid some of the worst of those episodes,” he said. “Traditional active strategies failed or significantly disappointed investors’’ during those periods.

Then there’s the cushion provided by Australia’s swelling retirement funds, who put almost two-thirds of their money with domestically resident managers. Funds in the retirement savings system have more than tripled to A$2.2 trillion since 2004 and aren’t expected to peak until the 2030s, according to consultancy Rice Warner. That didn’t make funds immune to fee pressure. Average published fee rates in Australia for global equities fell by 50 basis points between 2010 and 2015 and by 28 points for domestic equities, according to a Morningstar research paper. A separate report from the Financial Services Council found rates for a $100 million global equities mandate are almost 20 percent lower on average compared with other major markets.

“The Australian market is one of the toughest when it comes to fee negotiations,” BT Investment Management Chief Executive Officer Emilio Gonzalez said by telephone.

The climate is getting more competitive. Vanguard, an industry pioneer that’s counted on its low-cost index and exchange-traded fund units to become one of the world’s biggest money managers, launched a set of new actively managed quantitative funds in Australia this year.

The offerings aim to pick equities to hold on an algorithmic basis, taking into account metrics such as valuation and growth, rather than just following an index. Vanguard’s global equity fund holds a portfolio of 200 to 400 securities, while the index has over 1,500.

These funds charge 35 basis points annually, less than half the cost of the average local active equity manager. BlackRock last year launched a group of exchange traded funds priced at around 20 basis points.

Political pressure is also growing. Australia’s government is considering changing the rules on default investments for new entrants into the superannuation system. Around two-thirds of workers stick with the default funds chosen by plan administrators, and the government wants fees for these funds to be lower.

“Fees can make the difference between steak and spaghetti in retirement,” said Jim Minifie, program director at the Grattan Institute, an independent Melbourne-based think-tank and a leading campaigner for lower fees.