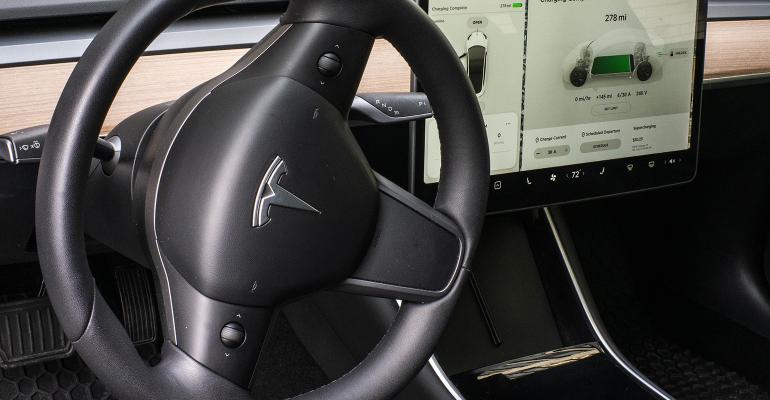 Fund News Advisors Can Use: Asset Managers Weigh Tesla’s Entrance Into the S&P 500 and More

What asset managers say about Tesla's entrance into the S&P 500, RiverFront partners with 55ip, and Vanguard fund becomes the first to end a month with more than $1 trillion in assets.

When it comes to investment and market analysis, there’s a lot of noise out there. Here is a new weekly column that cuts through the static to bring advisors the fund and investment news they really need to know to run their practice, presented in a concise way.

On Monday, $550 billion automobile manufacturer Tesla will be added to the S&P 500 Index, making it the largest-cap stock ever to enter the index, and the move has some asset managers weighing the impact it will have on the markets. ETF provider GraniteShares said it expects a rise in Tesla’s share price when the stock joins the S&P.

In fact, the fund manager already has Tesla exposure (listed on the London Stock Exchange) through its 3x short and 3x leveraged exchange traded products. From Dec. 1 to 14, the value of trades in its leveraged long portfolio was more than twice the value in its short ETP, the company said.

“Historically there has been more interest in our 3x short Tesla ETP than the 3x long version, with more investors expecting a fall in the share price rather than a continued rise,” said Will Rhind, founder and CEO at GraniteShares, in a statement. “However, the stock has risen over 664% this year, and more recently, we have observed trading volumes favoring the 3x long version over the short suggesting that these investors believe it has further to climb.”

But the folks at Research Affiliates, led by founder and chairman Rob Arnott, question whether it will bring a bubble. The firm believes Tesla has a “stupendously high valuation,” and that its outperformance is unlikely to continue. For one thing, stocks tend to underperform the market in the year after entering the S&P 500 Index. Further, Tesla is currently a “top-dog stock,” meaning it’s among the top 10 market-cap stocks, and the odds are against it staying in that group.

Asset manager and ETF strategist RiverFront Investment Group has partnered with 55ip, a fintech startup that provides automated tax technology and a tax-smart investment strategy engine to financial advisors. The partnership will allow advisors to more easily transition clients into RiverFront’s model portfolios in a tax-efficient way. The co-branded offering, coming in the first quarter 2021, will be available to RIAs who custody with Charles Schwab, TD Ameritrade, Fidelity and Raymond James.

J.P. Morgan Asset Management recently announced that it will acquire 55ip from The TIFIN Group, an early-stage startup incubator, and that 55ip will remain a separate entity.

Morningstar, which created the popular Morningstar Style Box in 1992, announced it will launch a new family of indexes in January 2021, the Morningstar Broad Style Indexes, that more accurately represent the size and style of the U.S. equity market. As part of the change, nine of iShares’ ETFs based on the Morningstar U.S. equity style box will track the new indexes.

U.S. equity funds had positive net inflows for only the second time this year, in November, with funds bringing in $36 billion, according to new Morningstar data. The Vanguard Total Market Index fund became the first U.S. fund to end a month with more than $1 trillion in assets. That includes the ETF as well as other open-end share classes.

Overall, 2020 may end up being the worst year of outflows for open-end U.S. equity funds, with $345 billion of outflows in the first 11 months of this year. That compares with outflows of $180 billion—a record—in 2019.

Contrast that with U.S. stock ETFs, which experienced net inflows of $118 billion for the first 11 months of this year.

Dimensional Fund Advisors had the largest outflows during the month, at $1.9 billion, followed by Dodge & Cox and T. Rowe Price.

Another Entrant in the Active ETF Space

Denver-based Cambiar Investors, a relative value manager currently offering mutual funds and separate accounts, is the latest active manager getting into ETF business, with plans to launch nontransparent active ETFs. The firm has licensed Precidian Investments’ ActiveShares technology to help it do so.

Precidian’s model requires funds to publish an indicative value of the holdings every second. The model also uses an agency broker to confidentially buy and sell securities to help money flow into or out of the fund.