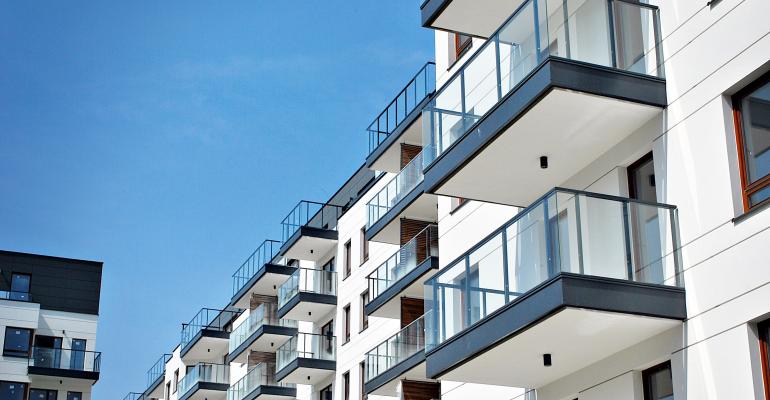 Why U.S. Apartment Rentals Will Continue to be a Good Investment Choice

As Americans see lower net worth and higher student debt levels, renting will continue to be a preferred choice for many.

A major and unprecedented structural shift has occurred in the real estate market due to a variety of demographic and socioeconomic factors. Occupied U.S. rental apartment units rose by 20 percent above the prior 10-year period. Real estate investment managers’ allocations to institutional-quality multifamily product have risen on the ongoing strength in property fundamentals.

The sector offers steady income streams with rents that adjust with inflation annually, with new opportunities in professionally-managed rental housing. Interest is rising in high-quality rentals across all price points and regions, demanding a well-diversified inventory.

The homeownership rate across all ages is near historic lows. For-sale housing may recover, but full return to the prior peak homeownership rate is not anticipated. Apartment living is generally a more manageable expense and flexible living arrangement than a single-family home. It is now cheaper to rent than buy in more than half of all counties nationwide.

Student loan debt—standing at $1.5 trillion, and growing—adds a complication, particularly for the millennial generation. The average net worth of younger millennials is negative. A home mortgage requires top-tier credit and conservative debt-to-income ratios. The current system for rating credit and qualifying for a home loan may continue to be restrictive. Consequently, first-time buyers now represent only 30 percent of all sales, down from the long-term average of 39 percent.

The American dream of buying a home thus may prove challenging to younger and middle-income households in urban areas. Growing cohorts of renters—by necessity and by choice—will offer steady tenant bases for many years.

We recommend an investment strategy targeting mainly professionally-managed, high-quality multifamily in and around the largest and most expensive U.S. metropolitan areas. As rental demand remains robust, build-to-core and value-add approaches are expected to be attractive, especially in costly, high-growth metros and submarkets.

All forms of U.S. housing assets report low availability and high pricing amid a strengthening economy and rising household formation. Over the next decade, the U.S. is poised to add more than 10 million new households, which will benefit both owner- and renter-occupied housing. Industry estimates anticipate adding another 500,000 new rental households per annum through 2025.

Over the past decade, the single population rose by a whopping 15 million, now above married individuals. The shift in independent living is attributed to lifestyle changes: more young adults are postponing marriage, while older adults divorce more frequently.

The cost of living is one of the most significant challenges facing many cities across the nation. As U.S. housing prices have surged, wealth and income gains have been modest for most. Currently, 24 percent of U.S. renter households (about 20 million) spend more than 50 percent of their annual income on housing. [The U.S. Department of Housing and Urban Development (HUD) identifies households spending over 30 percent of income on housing as “cost-burdened.”]

The primary renter base is young adults. They hold the smallest share of American net worth and their income growth has fallen significantly short of apartment rent escalations over the past 10 years. Consequently, the financial demands of homeownership (e.g. saving for down payments) are out of reach for many. With about 30 percent of millennials (24 million) living with family, the savings crisis amongst younger adults should sustain demand for entry-level rental housing.

Lower availability of low-cost rentals has also forced millions of lower- and middle-income households to spend an outsized share of income on housing. There is a large opportunity to provide better quality, moderately-priced rental housing in densely populated areas.

The wealth accumulation model may be changing. In the past, Americans’ net worth was largely concentrated in property ownership; now many young adults hold a large share of their wealth in defined contribution (DC) plans. This may make buying a house a less important life milestone.