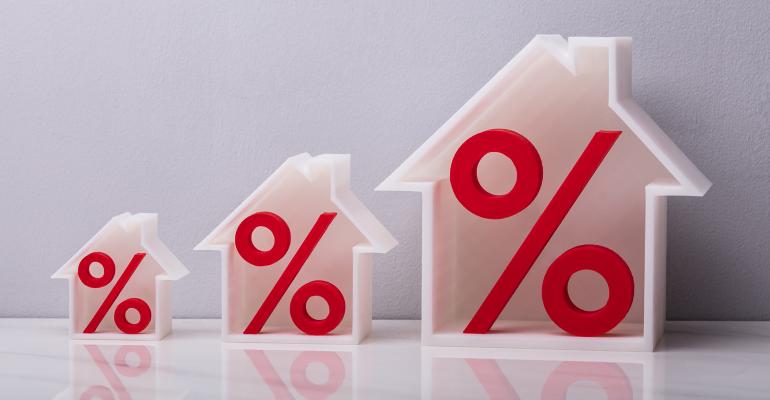 The 4 percent LIHTC floor provides a guaranteed baseline of tax credits for any affordable housing project.

The affordable housing crisis in this country shows no signs of abating: according to the most recent reporting from the National Low Income Housing Coalition (NLIHC), the U.S. has a shortage of 6.8 million rental homes affordable and available to renters of extremely low incomes. Our 5th annual Symposium will convene leaders from across the affordable housing industry to discuss this pressing need, reassess the past decade of turbulence and evaluate where more effective policies are needed. But one program stands head and shoulders above the others in terms of impact, importance and ubiquity in providing affordable housing in America.

The Low-Income Housing Tax Credit program (LIHTC) is the foremost weapon we have in combatting America’s housing shortage. In December 2020, the most glaring shortcoming of the program was finally remedied: a minimum floor on the applicable federal tax credit rate has been set at 4 percent for the most commonly used element of the LIHTC program. This momentous piece of legislation will draw more investment into the construction and preservation of affordable housing while giving developers certainty when underwriting their projects. But what does a minimum 4 percent LIHTC floor mean in practice for developers, how will investors benefit from this change and, most importantly, how will this stimulate more construction of affordable housing?

The LIHTC program, created by the Tax Reform Act of 1986, operates similarly to other tax credit programs designed to incentivize certain economic activities. In this case, LIHTCs are awarded to developers to facilitate the construction and rehabilitation of affordable housing in exchange for reserving units for low-income households. Developers in turn sell these credits to investors to generate equity upfront for acquisition and construction costs. This mechanism substantially reduces the amount of other debt and equity sources that a project requires (anywhere from 30 percent to 70 percent of all project financing), thus making LIHTC the most important instrument the federal government employs to create affordable housing.

The 4 percent and 9 percent LIHTC are thus named because the original ideal target tax credit rates for each part of the program was thought to be 4 percent and 9 percent, respectively. However, interest rates (the key determining factor the IRS uses when calculating LIHTC rates) have declined and continued to remain depressed since the program’s inception in 1986. As of April 2021, the IRS has set LIHTC rates at 7.33 percent for the 9 percent credit and 3.14 percent for the 4 percent credit, well below the supposed target rates.

A fix for this crucial program was needed. In 2008, a minimum 9 percent floor was temporarily adopted, then made permanent in 2015. Now, finally, the 4 percent LIHTC has set its minimum floor at 4 percent—a boon to developers of affordable housing and Americans with low and moderate incomes.

To show the impact of this change, we need a simple example of a LIHTC transaction. Taking a hypothetical $21 million affordable housing development, we first need to deduct any ineligible costs (non-depreciable elements such as land, interest payable on permanent loans, etc.). Assuming $1 million in non-depreciable costs, total eligible costs (known as basis) on the project are $20 million.

As this hypothetical project is 100 percent affordable, all $20 million in development costs qualify for LIHTC. However, other projects targeting mixed-income residents would only qualify for LIHTCs at that fraction of the affordable units. Now that we have our qualified basis ($20 million), the importance of the 4 percent LIHTC floor comes into play: under previous conditions, $20 million in qualified basis would generate $628,000 in annual LIHTC, or $6,280,000 over a 10-year period. However, with the 4 percent floor, that same project now generates $8 million over the same 10-year period, a net increase of $170,000 in tax credits issued to the development.

The setting of the minimum applicable federal tax rate at 4 percent for the LIHTC program will have profound effects on the affordable housing industry. The important takeaways are:

As you can see, the 4 percent minimum floor on low-income housing tax credits is a great benefit to the affordable housing industry and rent-burdened families across the country. The accounting firm Novogradac estimates that fixing the 4 percent credit will create an additional 130,000 units over 10 years, helping to alleviate the housing crunch that continues to plague America.

And while the minimum floor has improved the LIHTC program, we will continue to advocate for further changes, such as those contained in the Affordable Housing Credit Improvement Act, currently being sponsored in both the House and Senate. Novogradac estimates enactment of the Bill could finance 2 million additional units of affordable housing over 10 years.

It includes, among other things, that Congress should do away with the requirement that at least 50 percent of 4 percent LIHTC projects be financed by tax-exempt private activity bonds (“PABs”). The Bill recommends a reduction to 25 percent. This requirement has proven to be an impediment to the development of more desperately needed affordable housing. States have limited bond cap allocated annually and as they are used up, it prevents receiving additional 4 percent credits that year.

Research conducted by NHPF and Kingsley Associates bears out how impediments to development can impact investing. We interviewed a number of institutional investors and found that the number one reason they balked at affordable housing investment was “onerous government rules.”

Also, we feel that developers should be incentivized to provide enriched resident services for low-income residents by allowing the LIHTC program to defray the costs of providing these services at affordable properties. Another important study conducted by NHPF in partnership with Enterprise demonstrates the impact that enriched services can have on residents of affordable housing.

Richard F. Burns serves as president, CEO and trustee of the NHP Foundation.