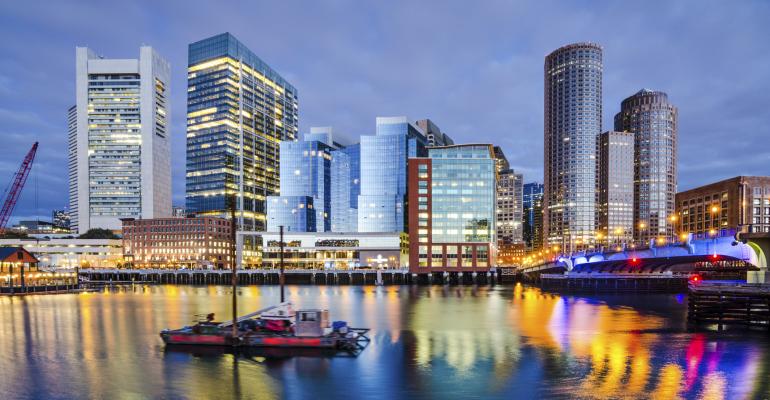 Apartment buildings on the waterfront command rent premiums for their views and extra amenities.

To build these properties, developers like Bainbridge fight off competitors and pay extra for land.  Once they have the control of a waterfront site, they try to build units that give residents both views and access to the water and surrounding amenities—from walking paths to beaches and kayaking. “They want to see it and get out on it,” says Thollander.

Renters consistently pay more to live in apartments close to a shoreline or a riverside. On a national basis, apartment properties earn a premium of five cents per sq. ft. in monthly rent for every mile closer the property is to a body of water, starting at five miles away, according to research firm CoStar Market Analytics. So properties right next to the water get an average premium of 25 cents per sq. ft. in extra monthly rent, CoStar data shows. For example, an 800-sq.-ft. apartment that is next to a pond in suburban Dallas will charge $40 more a month in rent than an apartment one a mile away that’s not close to any other body of water.

“Within certain metros, like Chicago or Miami, those rent premiums expand,” says Andrew Rybczynski, senior consultant for CoStar Market Analytics. In other markets, renters won’t pay extra for proximity to inland bodies of water vs. oceanfront properties. Renters in San Francisco, for example, are willing to pay more to live near coastal waters, like the Pacific Ocean or the San Francisco Bay, but won’t pay extra to live near inland water. In contrast, renters in Milwaukee, with no coastal water, do prize inland water, says Rybczynski.

In the suburbs of Central Florida, renters pay as much as $100 to $200 a month in extra rent for an apartment with a view of water features such as the inland lakes common in Central Florida, according to Bainbridge. That’s a premium of roughly 10 percent. The firm plans to open seven new apartment properties in 2019, including four near the water.

These sites are hard to find. “There are not a lot of vacant parcels on the water that have not already been developed,” says Thollander. Bainbridge often redevelops sites that house trailer parks and suburban office properties. “It would be really rare to find a site with nothing on it.”

Waterfront sites are also more expensive. “You get twice as many bidders for a good waterfront site,” says Thollander. “I just got another one under contract. There were 12 bidders. That drove my price way up.”

Shorelines also come with risks. Scientists estimate the sea levels are likely to rise by at least foot around the world by the end of this century.

"When building on the water or in other flood prone areas, our members will design and build with flood resiliency in mind,” says Kevin Donnelly, vice president for government affairs with the National Multifamily Housing Council, an industry advocacy group. “Often, local building codes will require certain flood controls are in place and our members typically meet or exceed those in an effort to protect the asset and its livability.”