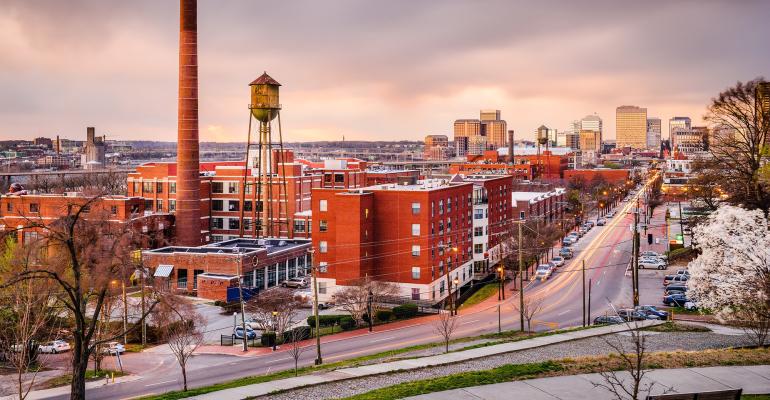 Virginia Has Delivered More Rent Relief Than Any Other State

Virginia stands out as having both a high proportion of needy residents and success in delivering aid.

(Bloomberg)—Millions of Americans are behind on rent, but their ability to get some of the billions of dollars in federal aid has been uneven across the country.

One state stands out as having both a high proportion of needy residents and success in delivering aid: Virginia.

The end of the federal moratorium on evictions has left households at risk for eviction. While some states and cities have extended pandemic-era eviction freezes, including New York, most have not.

More than 6 million households in the U.S. are in rental debt, and half of those households are families with children, according to an analysis of Census data in late July and early August by National Equity Atlas.

Nationally, 15% of renter households have fallen behind, according to the group. In South Carolina, Georgia, New York, West Virginia and Mississippi, more than 20% of renters are behind.

“It’s a race to get rental assistance resources to those who need them,” said Sarah Treuhaft, vice president of research at PolicyLink, a partner behind the National Equity Atlas.

Across programs, Congress has allocated $46.5 billion of rental assistance, but only 11% of that had been distributed by the end of July.

The vast majority of states have distributed 20% or less of the funds allocated to them, according to the latest data from the U.S. Treasury Department.

Rent relief becomes critical for low-income renters because housing-related debt goes beyond arrears, said Vincent Reina, associate professor and faculty director of the Housing Initiative at the University of Pennsylvania. At this stage, many households have likely extended themselves into credit card and informal debt to pay what they can, his research showed.

The state of Virginia led the nation in delivering rent relief through July, having distributed more than 50% of funds received from the federal government.

That’s a result of an existing governance structure and network of local partners to get the dollars out the door, said Kathryn Howell, associate professor and co-director of the RVA Eviction Lab in Virginia.

In recent years, the state had five of the top 10 large cities in the country with high eviction rates, Howell said. The publicity surrounding that designation spurred investment at the state level, including dedicated staff on the issue of eviction.

“When the crisis hit, they were ready to jump into action,” she said. “They were talking about it way back in March, and they were really ready to act when the federal money came down.”

Nationally, few governments had existing programs for delivering this kind of aid prior to this year, according to the Treasury Department.

New York has the largest share of renters in the nation, and more than 700,000 households are behind on rent, according to the National Equity Atlas. It managed to deliver less than 1.5% of allocated funds through July.

The state has since accelerated its pace, with payments increasing in size and number, according to Anthony Farmer, a spokesperson for the Office of Temporary and Disability Assistance.

Through August, it paid out over $300 million and has approved applications for more than 70,000 tenants, he said, as the state races out of the bottom.